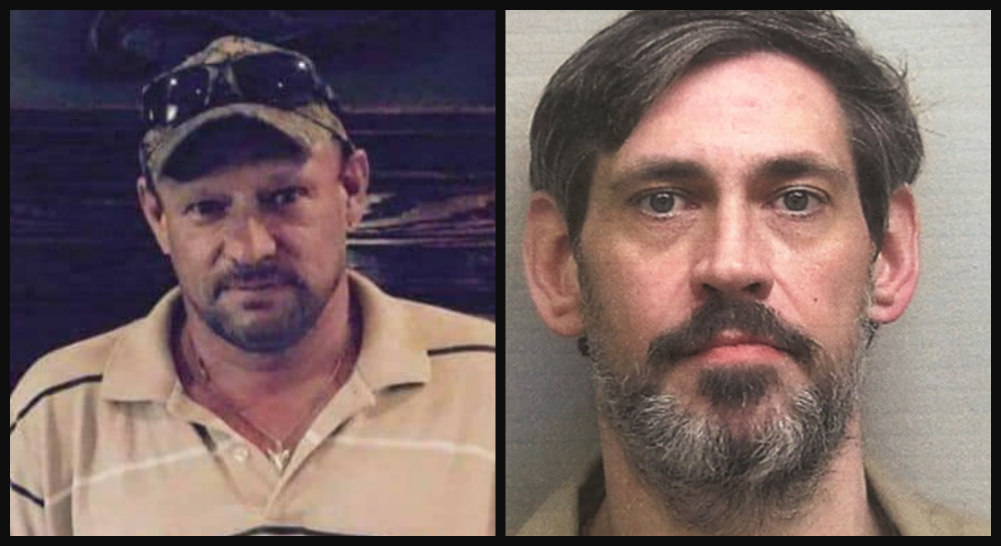 The brother of an escaped Alabama prisoner is missing and police say they’ve exhausted several leads trying to find him.

According to Sheriff Max Sanders of Lawrence County Sheriff’s Office, escaped convict Casey White has a half-brother, Steven White (pictured left), who has been missing since October 27, 2017. Casey White is currently wanted for escaping from jail, allegedly with the assistance of the county’s Assistant Director of Corrections, Vicky White.

“We occasionally get a call from the public about the fellow’s whereabouts. We follow it up but so far nothing has panned out,” Sanders told Al.com, regarding Steven White’s disappearance.

Sanders added that Casey White was in prison when his brother disappeared.

According to police, Steven’s wife contacted police and reported him missing, prompting the Lawrence County Rescue Squad to search his home and surrounding area. Nothing was found at his residence and the team began a second shirt in November 2017 while utilizing a dive team. Both searches didn’t produce any information on Steven’s whereabouts.

Anyone with information about Steven and/or his whereabouts should contact the sheriff’s office at 256-974-9291. The sheriff said a $2,000 reward is on the table for information that leads to Steven.

As CrimeOnline previously reported, police issued a warrant for Vicky White’s arrest earlier this week, charging her with assisting in the escape of a convicted felon. Marshals are offering a $10,000 reward for Casey White’s capture and $5,000 for Vicky White.

Police said the pair may be in a gold/copper 2007 Ford Edge with an Alabama license plate.