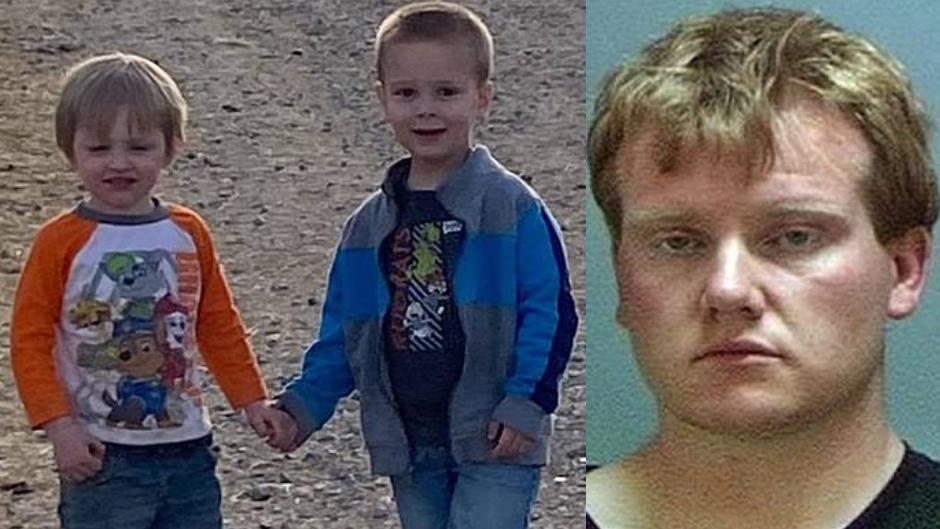 A Utah man was allegedly high on meth on Monday when he drove into two 3-year-olds at 100 mph, killing both boys.

Odin Ratliff and Hunter Jackson were killed at Cedar Valley Stable in Eagle Mountain when Kent Barlow, 25, drove through a horse stable they were playing in. Gephardt Daily reported that Barlow ran a stop sign and drifted in and out of oncoming traffic before striking the boys — who were thrown 75 feet from where they were playing.

Before the deadly crash, Barlow reportedly veered onto a road on the right and smashed into a vinyl rail fence and a five-rail steel pole fence. According to Utah County police, Barlow then “smashed through another section of that same steel pole fence, then crashed through a fence panel corral, then hit a large cement block anchored in the ground, launched into the air, and then into a lean-to style set of horse stables, coming to a stop upside down.”

Reports indicated that Ratliff and Jackson were killed instantly. Barlow, who suffered bruises and abrasions, was airlifted to the hospital in serious condition He has since been released. Three passengers were also hospitalized for various injuries, including a broken finger, KSL reported.

The three passengers substantiated that Barlow was speeding before the crash. Witnesses’ accounts of how Barlow was driving and police’s investigation suggested Barlow was impaired at the time of Monday’s wreck. A preliminary drug screen confirmed Barlow had methamphetamine in his system, according to Gephardt Daily.

“Kent [Barlow] stated that he did not remember what had happened, although Kent did recall that he had been out near the fairgrounds racing his car with friends. Kent also remembers drifting his car and showing his friends,” the affidavit states.

At the time of Monday’s wreck, Barlow was on parole for a January 2021 conviction for theft and failing to stop for police for leading cops on a chase on a motorcycle. Barlow then stole a police cruiser — sparking a second chase which reached speeds of 107 mph before his capture, Gephardt Daily and KSL reported.

Barlow was booked into Utah County jail following his release from the hospital. He is charged with automobile homicide, DUI with criminal negligence, possession of a controlled substance, reckless driving, and various traffic violations. Adult Probation & Parole has placed a hold on him in light of Monday’s deadly crash.