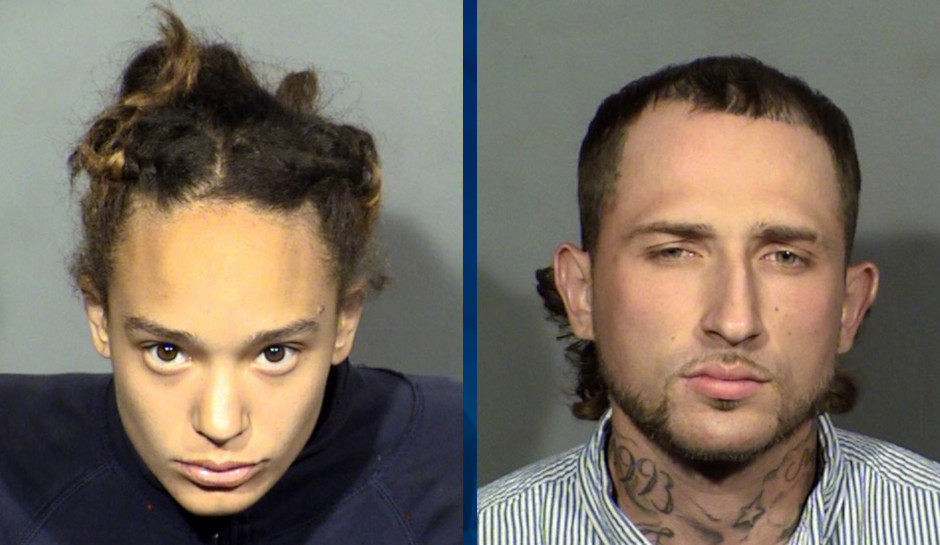 Vegas Couple Blames Each Other for Infant Son’s Skull Fractures

A Las Vegas couple was arrested last week and charged with the death of their 3-month-old baby boy in early April.

According to the Las Vegas Review Journal, Miles Stano III weighed just 2 pounds when he was born prematurely back in December, and had “heart problems” and apnea and required a feeding tube.

But by April 1, the infant boy was dead, and his parents — Miles Stano Jr, 28, and Lindsey Bello, 23 — told police the baby had been fine before Bello put him down for a nap and returned to find he wasn’t breathing, according to KSNV.

The baby was pronounced dead at the scene, and the Clark County Coroner’s Office found multiple injuries, including skull fractures and bruises. The coroner also noted the boy appeared emaciated in his report, which found the child was murdered by blunt force trauma.

Police recovered multiple items from the home that appeared to be covered in blood.

Both Stano and Bello denied ever physically hurting the child, according to their arrest reports. Bello told investigators her son had never been ill or had any falls or other accidents, but said he had been cranky and lethargic over the 48 hours leading to his death. She said she did notice bruises and asked Stano about them. He told her he had no clue how the child got them.

Stano, on the other hand, denied the child had been cranky or lethargic and said he didn’t know how the boy’s skull was fractured.

The police report notes that Bello and Stano were the only people who cared for the boy, although they had no explanation for the child’s injuries over multiple interviews.

A day after the child’s death, Bello reportedly told police during a polygraph examination that Stano killed the baby although she “couldn’t imagine” he harmed him, according to KVVU. Stano reportedly became belligerent during a polygraph, ending as he rocked back and forth chanting, “I did not hurt my son,” the arrest report said.

A week after the boy’s death, a witness reported hearing Bello tell someone else that Stano “did it” but that she was going to take the blame so Stano could stay with his other children. Another witness heard Bello tell someone, “He didn’t do it. I did it.”

The station also said that another witness told police Bello said she gave Stano “permission” to throw the baby against a wall. That witness also reported seeing a grave dug in tehe couple’s backyard, leading them to think the death might have been planned and the couple planned to bury him in the yard.

Police arrested the pair on April 28, writing in the report they “were the only two caring for Miles III at the time the violent act/acts were inflicted upon him.” KVVU reported that Stano insisted he didn’t harm his son during the arrest and that Bello lied to him about how the boy died. Bello, the report said, “appeared calm and jovial” before the arrest but became upset when she was told Stano was also being arrested.

They’re being held without bail pending a hearing on May 10, KSNV reported.

The station reported that the Clark County Department of Family Services received four reports of abuse or neglect “for this child or member of the child’s family or household,” although three of those were found to be unsubstantiated. The fourth allegation took place in 2019 and the family placed under supervision. The supervision was terminated by a court in 2021 and the case was closed.