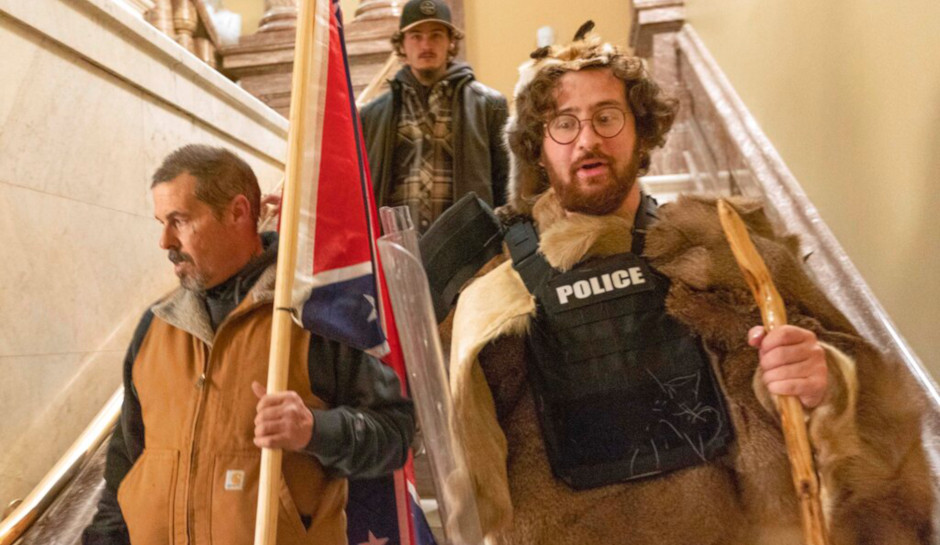 The son of a Brooklyn judge was sentenced to eight months in jail for his role in the January 6, 2021, insurrection at the US Capitol.

Aaron Mostofsky roamed through the Capitol wearing a fur pelt and a police-issued ballistics vest and told a reporter he believed Democrats stole the election, Courthouse News reported.

Mostofsky, the 35-year-old son of Kings County Supreme Court Judge Shlomo Mostofsky, agreed to plea deal in January. Prosecutors dropped the five most serious charges against him in exchange for his guilty pleas to civil disorder, theft of government property, and entering and remaining in a restricted building or grounds.

Mostofsky begged US District Judge James Boasberg for mercy, telling the judge had no intention of going into the Capitol when he attended then-President Donald Trump’s “Stop the Steal” rally.

“When it started getting chaotic … I started to make bad decisions,” he said.

In the viral video, Mostofsky tells a reporter, “I don’t think 75 million people voted for Trump — I think it was close to 85 million.”

At his sentencing hearing on Friday, Mostofsky said, “I could’ve and should’ve walked away, but I walked towards the barrier, and I pushed back,” referring to a police barricade that separated police officers guarding the Capitol from the mob.

“I understand all my actions have consequences, but … please have mercy,” Mostofsky said, adding that he will be “living with many regrets that will follow me into the future.”

Boasberg noted that Mostofsky had  been “on the front lines” of the riot and if he and others like him hadn’t “pushed back” on the officers trying to hold the line, the Capitol wouldn’t have been breached. But he cited letters from friends and relatives vouching for his general character in pronouncing the eight months sentence instead of the 15 month sentence prosecutors sought.

Boasberg said he believed Mostofsky’s remorse was genuine and urged him to reflect on how he got “sucked into the fantasy of a stolen election.”

“When you get out of prison … focus on repeating what is good with your character,” the judge said. “Leave some of the fantasy world behind … Your indulgence in that fantasy has led to this tragic situation.”

Boasberg also sentenced Mostofsky to a year of supervised release and 100 hours of community service. He must also pay $2,000 in restitution and $150 in fees.