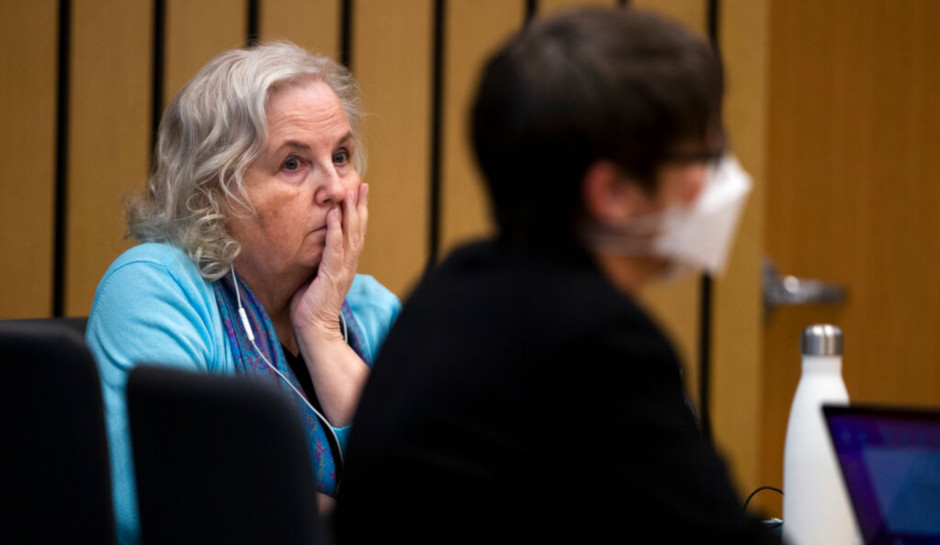 It’s unclear, however, if the judge in Nancy Crampton-Brophy’s murder trial will allow the one-time cellmate to testify.

A self-published romance novelist accused of shooting her husband to death may have accidentally admitted to the shooting, a prosecutor said in court this week.

Nancy Crampton Brophy, now 71, is on trial for the murder of Daniel Brophy, 63, inside an Oregon Culinary Institute classroom where he worked on June 2, 2018, as CrimeOnline previously reported.

Authorities say she shot Brophy, her husband for more than 20 years, once in the back and again after he fell to the floor for a $1.5 million insurance payout.

Multnomah County Senior Deputy District Attorney Shawn Overstreet, who had already rested the prosecution’s case, told the court on Tuesday that Crampton Brophy made an inadvertent statement to a cellmate. according to the Oregonian.

Overstreet asked to call the cellmate, identified as Andrea Jacobs, as a rebuttal witness when the defense rests its case.

Overstreet told the court that the initial reference to the cellmate came in a letter Crampton Brophy received in March. The letter was long and somewhat illegible, he said, and authorities weren’t immediately aware of what the importance of what it said. But Overstreet said he identified the cellmate in April, located her in a federal prison in Texas, and interviewed her about the incident.

Jacobs said that Crampton Brophy seemed embarrassed by the slip and that the it “became very awkward.” The cellmate later told her attorney she “didn’t want to go and be a snitch,” Overstreet said.

Crompton Brophy’s attorney, Kristen Winemiller, argued that it was “simply too late. after they’ve rested, to bring in another witness of this magnitude.”

Circuit Court Judge Christopher Ramras did not rule immediately on the request, and he later asked attorneys to submit written arguments on the matter by May 11.

Crampton Brophy’s trial started up again on Tuesday after an 11-day delay when Overstreet tested positive for COVID-19.

She faces 25 years to life if convicted.