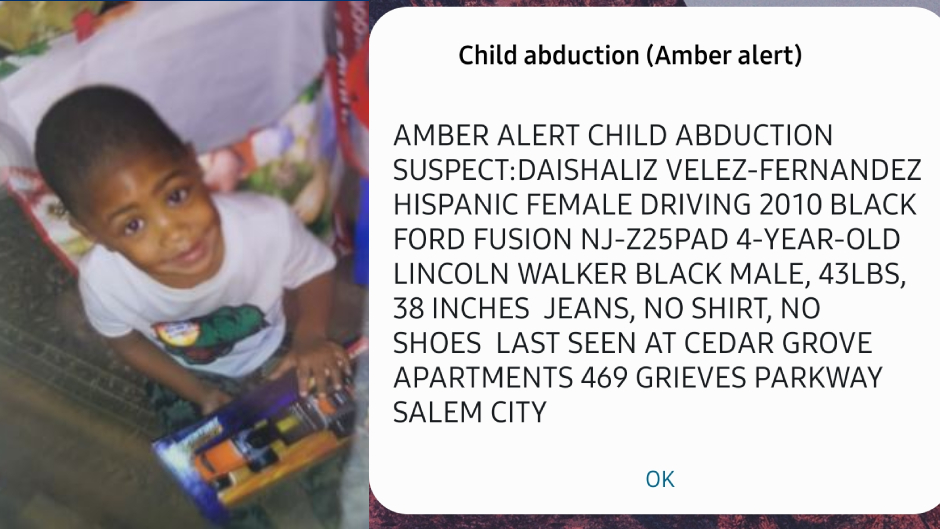 An AMBER Alert has been issued for a 4-year-old New Jersey boy who was reportedly kidnapped on Monday.

According to WCAU, Lincoln Walker was last seen at the Cedar Grove Apartments in Salem City. An AMBER Alert sent via phone alert stated that Daishaliz Velez-Fernandez is suspected of abducting the boy.

Though residents in the vicinity received notifications regarding Walker’s abduction, information was initially unavailable on the “Active Amber Alerts” section on the National Center for Missing and Exploited Children’s website.

Walker was described as being Black, weighing 43 pounds, and being 38 inches tall. He was last seen wearing jeans and no shirt and shoes. The AMBER Alert stated that Velez-Fernandez, who is Hispanic, is driving a 2010 black Ford Fusion with the license plate NJ-Z25PAD.

A photo of Velez-Fernandez was not made available. Her connection to Walker was not disclosed.