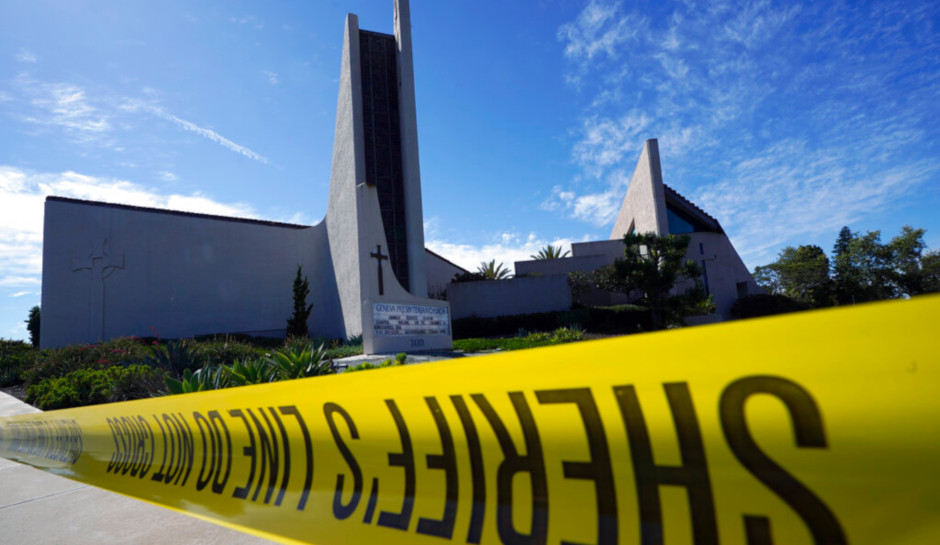 A shooting at a Southern California church Sunday afternoon was stopped by congregants of a Taiwanese church who brought down the suspect and hogtied him with an extension cord.

Six people were shot, one fatally, before the churchgoers could stop him, Orange County Undersheriff Jeff Hallock said. Four of the wounded were critically hurt. All of the victims were adults, as CrimeOnline previously reported.

The shooting took place just before 1:30 p.m. at the Geneva Presbyterian Church in Laguna Woods during a luncheon, Hallock said. There were 30 to 40 people inside at the time, he said.

Hallock said the suspect was an Asian man in his 60s but provided no other information except to say two handguns were recovered. Hallock praised the “exceptional heroism” of the congregants who took down the suspect, most likely preventing further loss of life and injuries.

“At this point in time, we don’t know if the suspect had a motive,” he said.

Hallock also said that investigators don’t believe the suspect is a local resident and working to determine if he has a connection with the church.

The Orange County Register said members of the Irvine Taiwanese Presbyterian Church, which holds services at Geneva Presbyterian, was hosting a luncheon after their services for a former pastor when the shooting broke out.

The Presbytery of Los Ranchos issued a statement saying it is “deeply saddened by a fatal shooting that occurred at a lunch reception honoring a former pastor of the Taiwanese congregation that nests at Geneva Presbyterian Church in Laguna Woods … Please keep the leadership of the Taiwanese congregation and Geneva in your prayers as they care for the those traumatized by this shooting.”