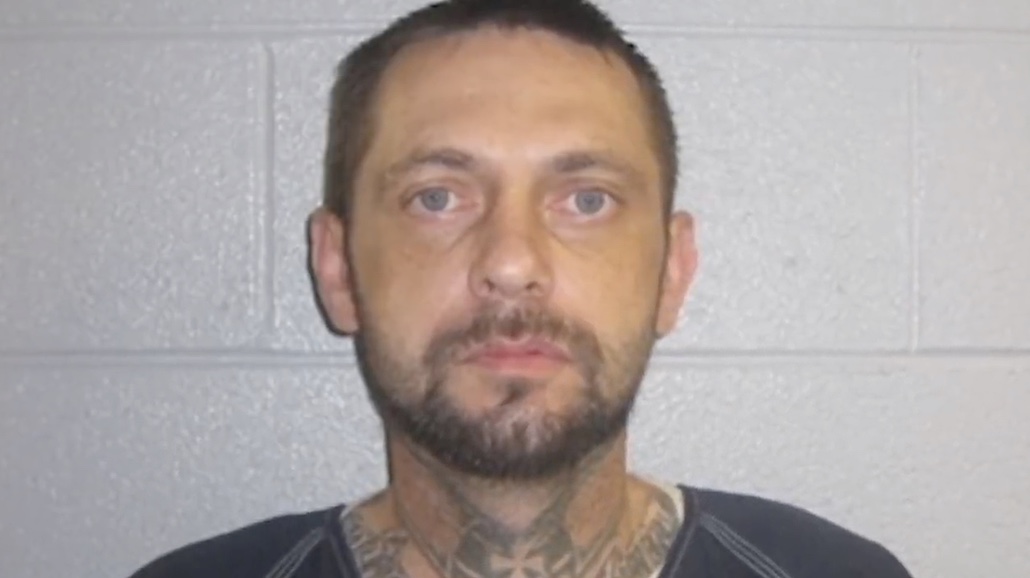 A Kansas City woman is in critical condition after she was held prisoner and tortured by a man she met on a dating app.

Charging documents say the unidentified 31-year-old woman met James Larson Jr, 39, last week, and was staying at the home he shared with his father in Lathrop, Missouri.

The affidavit says Larson “punched her with closed fists, kicked her with steel-toe boots, and hit her in the head with what she described as an ice pick.” Deputies found her wearing jeans that were “wet with urine” because Larson wouldn’t let her go to the bathroom. He refused to give her food, she said, and on Friday morning gave her a drink that “tasted like medicine.”

He also threatened to slit her throat, WDAF reported.

Larson’s father, James Larson Sr — who owns the house — told a slightly different story. He told the Star that he and a cousin, Donny Larson, tried to help the woman leave the house, “but she kept not wanting to leave.” Instead, the cousin left “because he got scared of what my son might do.”

Larson Sr said sometime in the night, his son woke up and found a shotgun the father had hidden in the house.

“He cocked it, went into the kitchen and said he was going to shoot her, then going to shoot himself,” Larson Sr. said. “I pleaded for him to stop for 15 or 20 minutes. I begged him.”

Eventually he persuaded his son to hand over the gun and went to hide it in the garage, where he stayed for hours, watching a camera from his phone as his son smashed walls, knocked items around the house, and screamed. When it got quiet again, he said he went to find his keys and get the woman out. He couldn’t find the keys, but the woman, he said, was in a fetal position on the bedroom floor.

“I was in fear of his life, her life,” he said, explaining why he didn’t call police. “I thought SWAT was gonna come in here and take him out. I did what I thought would be best for his safety and his life, her life, and my own. I don’t know. It probably would have been a better decision.”

Larson Sr said, “I didn’t see what happened, all I know is he probably hurt her real bad.”

Sometime early Saturday morning, the woman escaped on her own and went to a neighbor to call police. A SWAT team did come, calling for “James Larson” to come out of the house. The father complied, with his hands up. Five hours later, deputies entered the home and found Larson Jr hiding behind a false wall.

Larson Jr, who was released from prison in Oklahoma — where he spent most of the last eight years after convictions on assault and battery of law enforcement officer and other crimes — in March and moved back to Missouri earlier this month, was charged on Monday with first-degree domestic assault, felony kidnapping, felony armed criminal action and felony possession of a firearm. He has denied the charges.

“We kind of expected something would happen because the subject … is a violent career criminal,” Clinton County Sheriff Larry Fish told WDAF.

Court records said that the victim was still “having trouble breathing, hurts all over, and cannot walk” on Sunday. Doctors say she had a brain bleed and significant swelling.