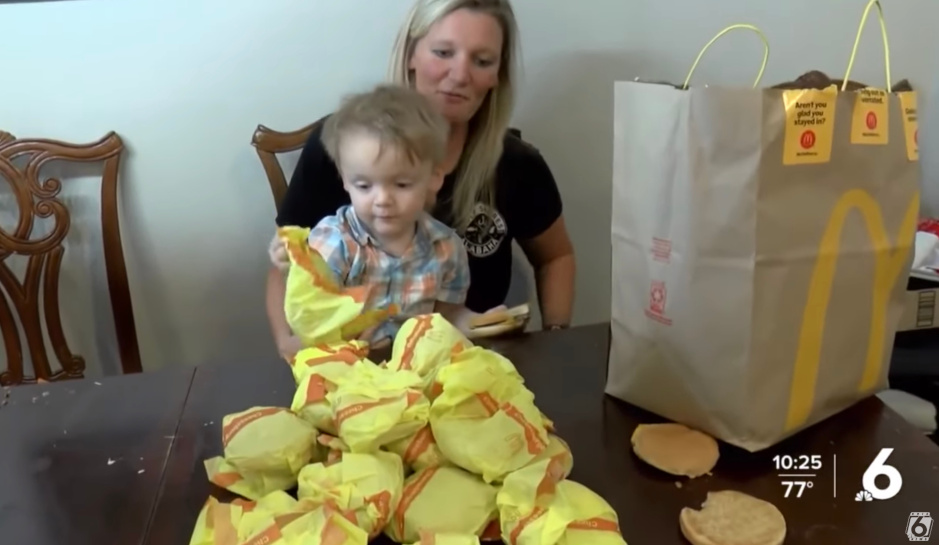 When DoorDash notified a Texas mom that her order was going to take a little longer because of its size, she was a little confused but not really concerned.

Kelsey Golden had ordered lunch for her kids, to be delivered to their school. She didn’t think it was that large an order.

Golden went back to work at her computer, but when a DoorDash driver showed up at her door with 31 cheeseburgers from McDonald’s … well, the culprit had to be her 2-year-old son, Barrett.

“He usually likes to take pictures of himself, and so he was doing that,” she told KRIS. ” … I thought I’d locked the phone, but apparently I didn’t because then DoorDash came with 31 cheeseburgers.”

Golden, busy of late juggling work, the kids, and helping the family move, had no idea what to do with 31 cheeseburgers, and apparently Barrett wasn’t as hungry as he thought: He only ate half of one.

“So I posted on a community page on Facebook here in Kingsville and asked if anybody wanted some,” the mom said.

Some folks came by and picked up some cheeseburgers, others offered advice on storing the food.