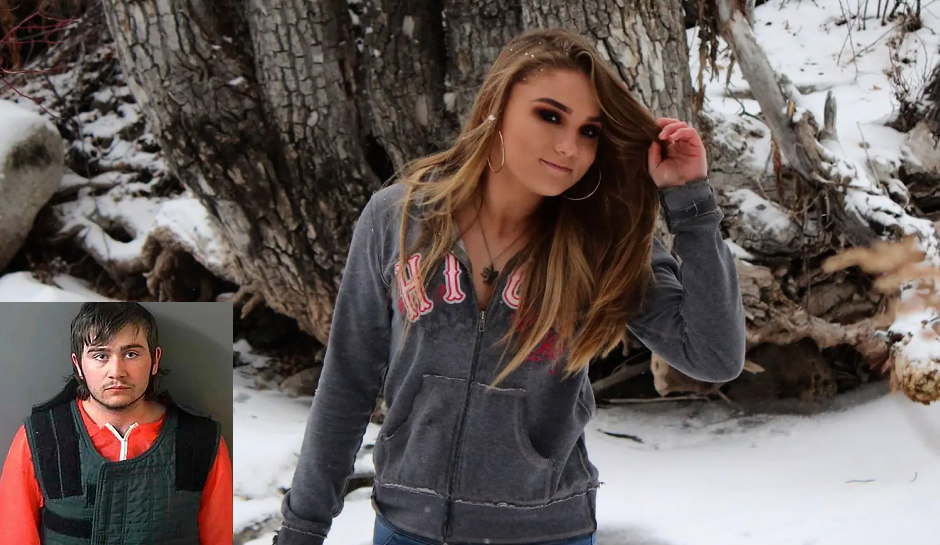 A Nevada man is scheduled to be sentenced after an Elko County jury determined he raped and killed his teen friend.

According to Elko Daily, 20-year-old Bryce Dickey was convicted of murder and sexual assault with a deadly weapon, in connection with the death of his friend, Gabrielle “Britney” Ujlaky, 16. Prosecutors said that Dickey

As CrimeOnline previously reported, Britney was last seen at around 4:30 p.m. on March 8, 2020. Days later, police found her body while childhood friend Dickey mourned her death on Facebook. He also attended vigils and memorials for the slain teen, who had dreams of becoming a “Rodeo Queen” one day.

Investigators found a used condom with Dickey’s DNA on it close to Ujlaky’s body. According to the criminal complaint, Dickey raped Ujlaky before slashing her throat and suffocating her.

In 2020 during a preliminary hearing, Britney’s father, James Ujlaky, and several others testified that the day his daughter disappeared, he found it strange that her phone kept going to voicemail each time he called.

“I was repeatedly calling her all the way home and I sent a text, ‘Why aren’t you answering my calls?’ It had never done that before.”

James Ujlaky added that he had only met the suspect a few times, but knew that his daughter was friends with him.

Britney’s friend, Cheyenne Fry, previously testified that the Dickey was like a “big brother” only to Britney, explaining that the victim had no romantic feelings for the suspect. Fry previously said that Dickey had shown interest in Britney, but she ultimately turned him down.

Fry also testified that she saw Britney in a Snapchat photo with Dickey on the day she disappeared. She said Britney looked pale, sick, and not quite like herself.

“She looked pale and I asked if she was OK. She said she was having a day,” Fry said.

Later that day, Dickey told Fry that Britney left with someone in a pickup truck. Fry became visibly upset while explaining Dickey said he tried to stop Britney from leaving.

“He told me he was sorry. He hugged me and comforted me, and I hugged him back because I thought I could trust him. I had no clue any of this happened. I thought he was her friend because that’s how Britney talked about him.”

Monica Siewertsen, of the Washoe County Sheriff’s Office Forensic Science Division, confirmed during her testimony that the condom found at the crime scene had DNA on it that indeed matched back to Dickey.

Siewertsen also confirmed that a knife was found inside a pair of red-stained hiking boots inside Dickey’s closet. Investigators also found a red-stained shirt hidden in a toolbox in Dickey’s truck. The items were sent off for DNA testing.

Dickey could possibly spend life in prison without the possibility of parole.