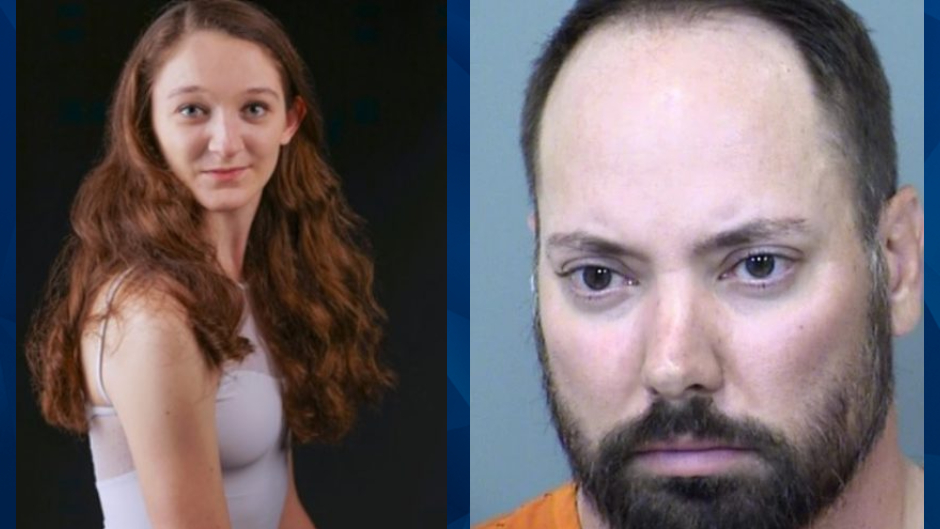 An Arizona man is facing criminal charges for allegedly fatally shooting his wife on Friday.

According to the Arizona Republic, Christopher Hoopes, 36, said he was startled when he shot his wife, Colleen Hoopes, 25, two times with a 9mm handgun at their Tempe home at 3:30 a.m. He reportedly also claimed he fired the gun before realizing he had struck his wife in the bedroom.

The Republic reported that two cartridge cases were found in the bedroom and the bedroom wall had visible damage. A neighbor provided authorities with audio that caught two shots being fired about two seconds apart.

“Initially, he had told our dispatchers that it was an accident – he woke up and was startled and he fired his weapon,” Tempe police Seargent Hector Encinas told KTAR.

Evidence suggests Christopher Hoopes was at the foot of his bed when he fired the shots that hit his wife on the opposite side of the bed. He called 911 four minutes later, according to KTVK.

Christopher was charged with second-degree murder and discharging a firearm within city limits. His bond was set at $750,000 and he is due in court on Thursday.