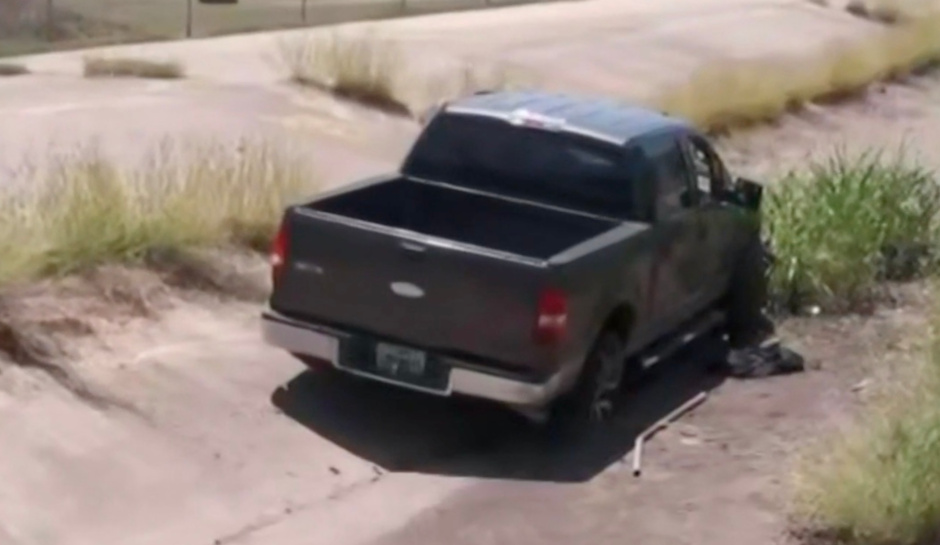 Police ‘Engaged’ Shooter Outside Elementary School Before He Killed 19 Students Inside: State Police

Uvalde school district police “engaged” suspected shooter Salvador Ramos outside the elementary school where he shot and killed 19 students and at least two adults on Tuesday.

Texas Department of Public Safety Sgt. Erick Estrada told CNN that Ramos shot his grandmother Tuesday morning before arriving at the school. Police were called to investigate, but Ramos was gone by the time they arrived.

The grandmother was reported to be in critical condition Tuesday evening.

At about 11:30 a.m., police received a report that a pickup truck — apparently driven by Ramos — had crashed into a ditch outside Robb Elementary School, Estrada said. Ramos got out of the vehicle with a long rifle and a backpack and wearing a tactical vest — later reported by KPRC to be just a plate carrier with no tactical armor inside.

“He was engaged by an Uvalde ISD police officer who works here at the school,” Estrada told CNN. “And then after that, he was engaged by two other officers from the Uvalde Police Department.”

The officers did not pursue the suspect into the school.

“At that point as he made entry he began shooting children, teachers, anybody that was in his way he was shooting people that were in front of him,” Texas Department of Public Safety Lt. Chris Olivares told KPRC.

Officers from multiple agencies responded to the school, among them both on- and off-duty Border Patrol agents. It was one of those agents, the Associated Press reported, who rushed into the school, found the shooter barricaded in a classroom, and fatally shot him. The agent was wounded in the gunfire and has since been released from the hospital.

The AP also said that investigators told CNN all the fatalities were in the same 4th grade classroom.

KPRC later obtained further information about the suspect and his weaponry. The bureau of Alcohol, Tobacco, Firearms and Explosive (ATF) said Ramos legally purchased two AR-style rifles on May 17 and May 20. He left one of those rifles behind in the crashed truck, and the second was found with him inside the school. He bought 375 rounds of ammunition on May 18.

Investigators found that Ramos dropped a backpack, containing several magazines of ammunition near the entrance of the school. Additionally, they found seven 30-round magazines inside the school; it’s not immediately clear if those had been fired.