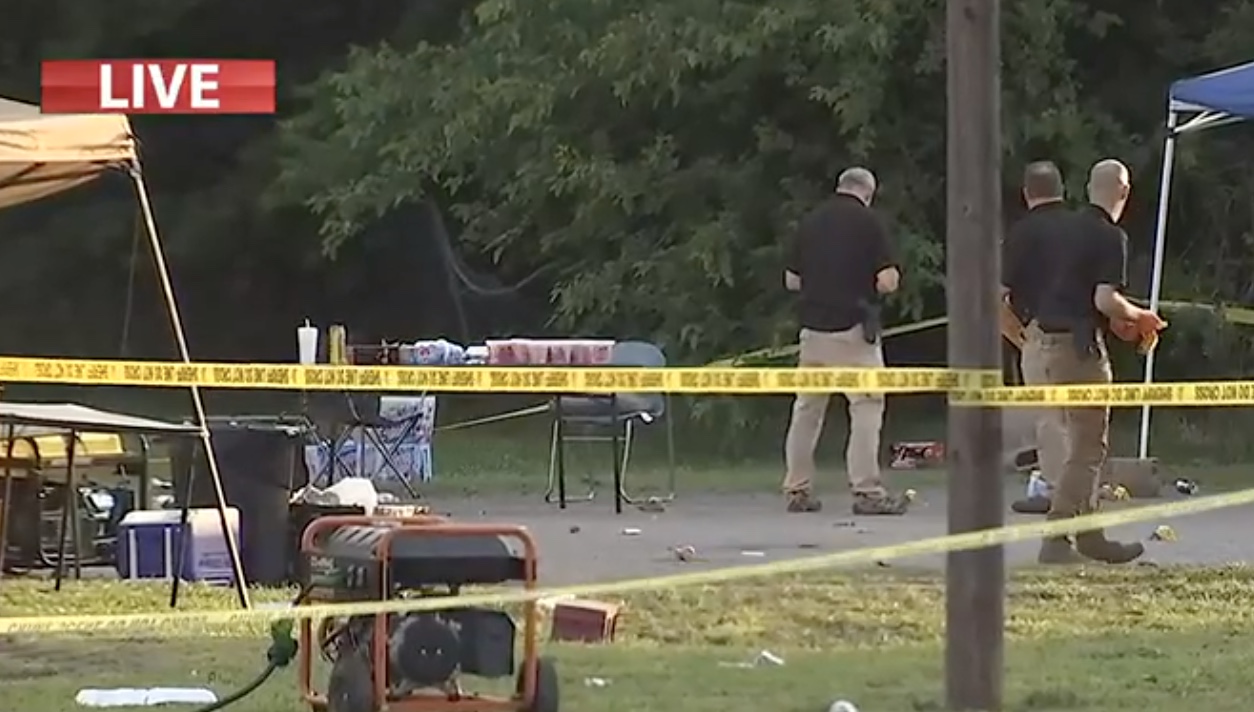 The Oklahoma State Bureau of Investigation said two of the victims were juveniles.

Muskogee County District Attorney Larry Edwards told the Muskogee Phoenix that a suspect had been identified but didn’t provide the name or say if an arrest had been made.

Edwards said 40 casings from four different weapons were found at the scene.

“It’s a miracle it was not worse,” Edwards said.

The shots rang out following an argument just after midnight at the annual holiday festival at the Old City Square in Taft, in eastern Oklahoma southwest of Tulsa, OSBI said.

About 1,500 people were attending the outdoor event, OSBI said. Muskogee County Sheriff’s deputies were on scene and tended to the victims.

Vendors dove into their trucks for cover and hunkered inside as bullets whizzed through the walls of the trucks, KOKI reported.

Muskogee County Emergency Medical Service spokeswoman Trish German told the Phoenix two people were taken to a Muskogee hospital and a third was taken to a hospital in Tulsa. Others were transported privately, she said.