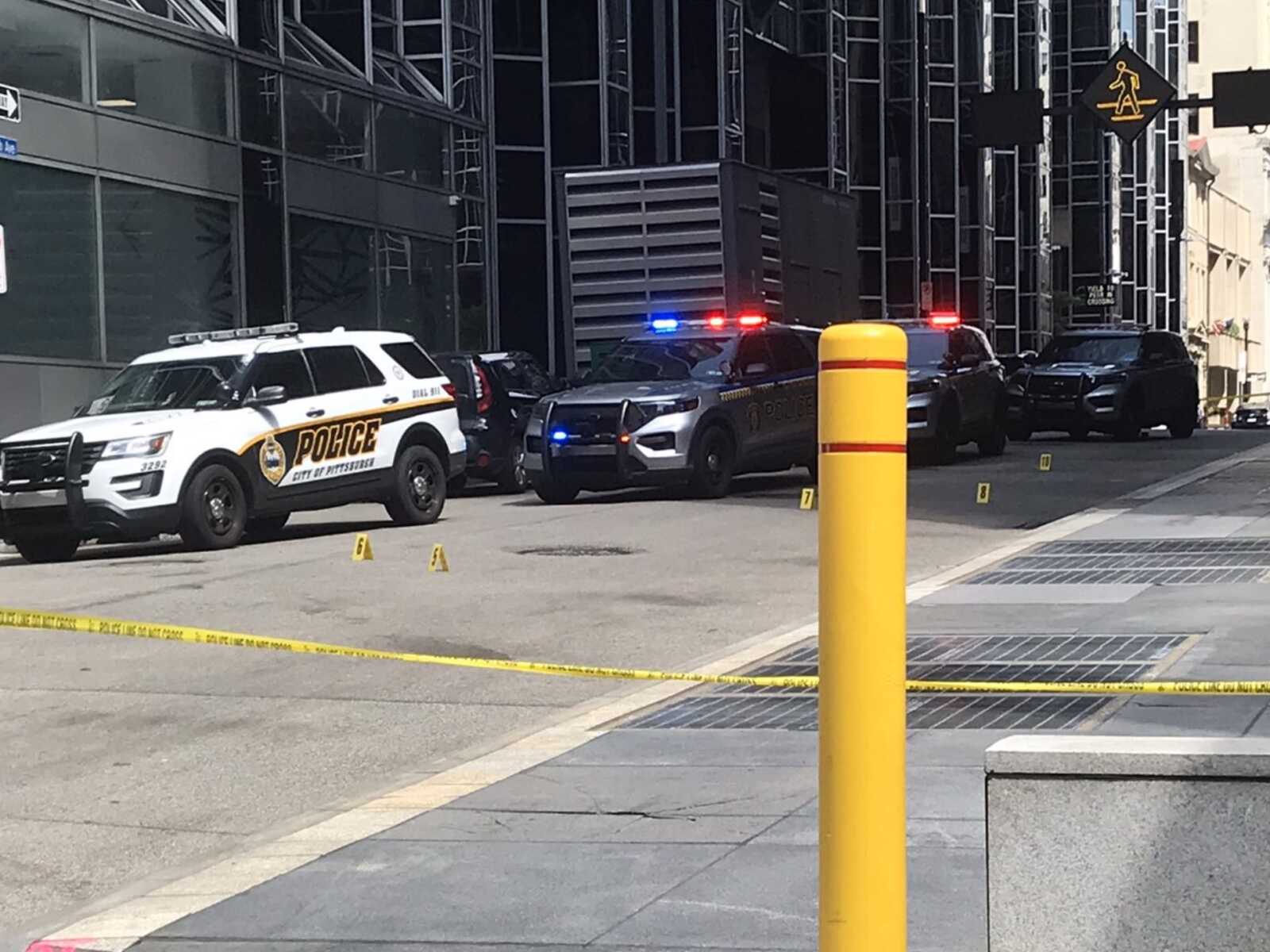 A 1-year-old boy was killed Saturday afternoon in an apparent drive-by shooting in downtown Pittsburgh.

The boy, who has not been identified, was pronounced dead at the scene.

Officers who arrived on the scene found the boy in a vehicle with his mother, the Pittsburgh Post Gazette reported.

The mother was with the child when he was struck, Cmdr Cristyn Zett said.

Police received a phone call around 2:44pm. One car drove by and shot a 1yr-old on the corner of Stanwix Street and Forbes Avenue near PPG Place. Police are still investigating. pic.twitter.com/3jlGz8oaju

TribLive reported that a black Jeep Wrangler was surrounded by investigators and ringed with crime scene tape on the street; its rear passenger window was shot out.

Zett said police are unsure if there’s a relationship between the shooter and the victim, and there’s no evidence anyone else was hit by gunfire.

Officers are searching for a suspect, she said, but police are not releasing a description.

PPG Place is providing surveillance footage, and police are canvasing other businesses in the area for video, the Post Gazette said.

“It’s a lot of families nearby because there’s the fountain where people eat lunch. So for that to happen so close in proximity, it’s crazy,” he said. “That’s the only word I can use to describe.”