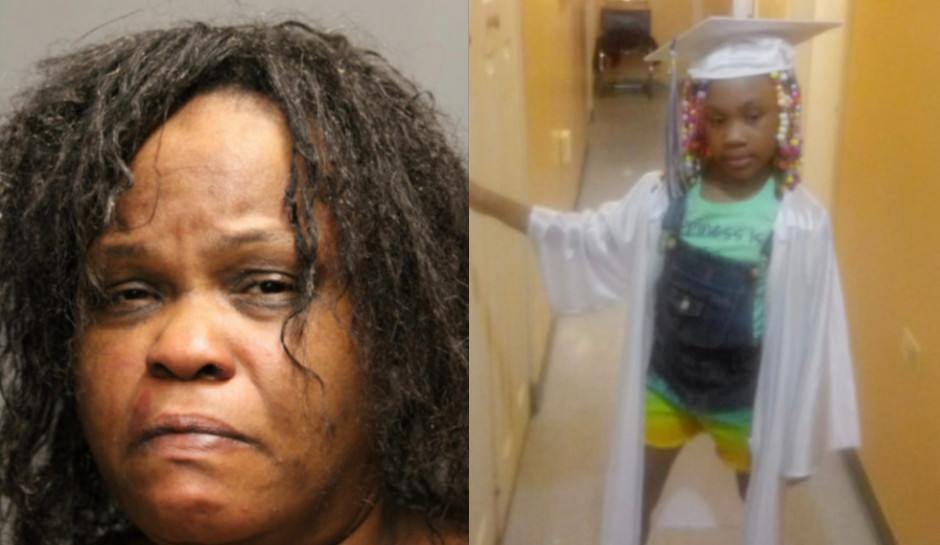 A Chicago mother has been charged with smothering her daughter with a plastic bag on her 8th birthday because she thought the girl didn’t love her anymore, prosecutors said Friday at a bond hearing.

Andreal Hagler’s brother called police at about 11 a.m. on Wednesday when he went to check on his sister and niece — and found both of them unresponsive on the bed.

Hagler, 38, was face down on the bed with a plastic bag over her head, prosecutors said, according to WBBM. And he found a “comforter on the bed that was covering another body … two small legs from the shins down were visible.”

The brother directed police to the bedroom, where they found 8-year-old Amaria Osby beneath the comforter. She was dead, wearing only underwear, and had blood under her nose and on her thigh and froth around the mouth.

Officers had to struggle to get Hagler off the bed. She stiffened her body and grabbed on the mattress before they were finally able to handcuff her and put her in a chair.

The medical examiner’s autopsy determined that Amaria was assaulted and died from multiple injuries, including bleeding under the scalp, bleeding on the brain, and asphyxiation.

A toxicology report on Hagler determined she had PCP in her system.

Investigators said that Hagler admitted she and Amaria said their prayers at about 8 or 9 p.m. on Tuesday and afterward, she started doing PCP.

“She said that she felt it was their time to go, because they were both born on the 24th,” prosecutors wrote in a court filing.

Hagler reportedly told police that she believed Amaria didn’t love her anymore and loved her father more. She said she drank bleach and tried to get Amaria to drink it too. She smothered the girl when she refused, putting a plastic bag over her head while her daughter screamed, “Momma, stop!”

The Illinois Department of Children and Family Services said they had been called to the apartment before — most recently the day before Amaria was found dead — but for the adults in the family and not the children.

A judge denied Hagler bond on Friday, but her attorney said she is nearly omatose and would be a suicide risk behind bars.