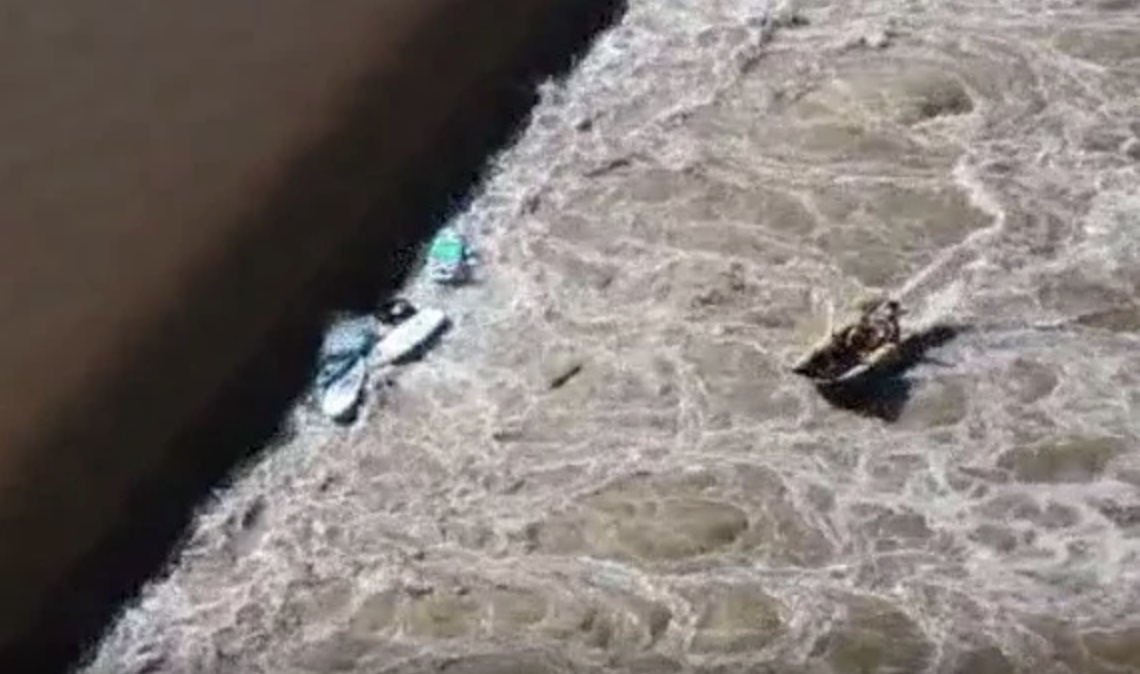 Rescue crews returned to the James River in Richmond, Virginia, Tuesday morning to continue the search for two women who are missing after a disastrous river outing on Memorial Day.

The two women were part of a group of 12 that went over Bosher’s Dam on Monday, WRIC reported. The Richmond Fire Department, with the help of civilian kayakers, rescued nine people from the raging, swollen river. A tenth person got out of the river on their own and went to a hospital.

Bosher’s Dam is a lowhead dam, or weir, known to paddlers as “drowning machines.” Bosher’s, built in 1835 to provide water for the James River and Kanawha Canal, has a 12-foot drop and has been the scene of several drownings in recent years.

Richmond Fire assistant chief Jeffrey Segal said it wasn’t clear what type of floatation the group was using when they went over the dam at about 3 p.m. on Monday. Searchers worked until nightfall and returned to the scene at 7 a.m. Tuesday.

At the same time rescuers were searching for the two women, a Richmond couple sharing an inner tube were tossed into the current when the tube flipped a couple of miles downstream from Bosher’s Dam. A paddle boarder rescued them from a fallen tree where they’d gotten entangled.

River levels were at 9-10 feet in that section of the James on Monday, below the 12 foot flood stage but well above the normal level of around 5 feet.

“The river is 9-feet today, so it is very dangerous,” said Brian Rothell, the paddleboarder who rescued the tubers.