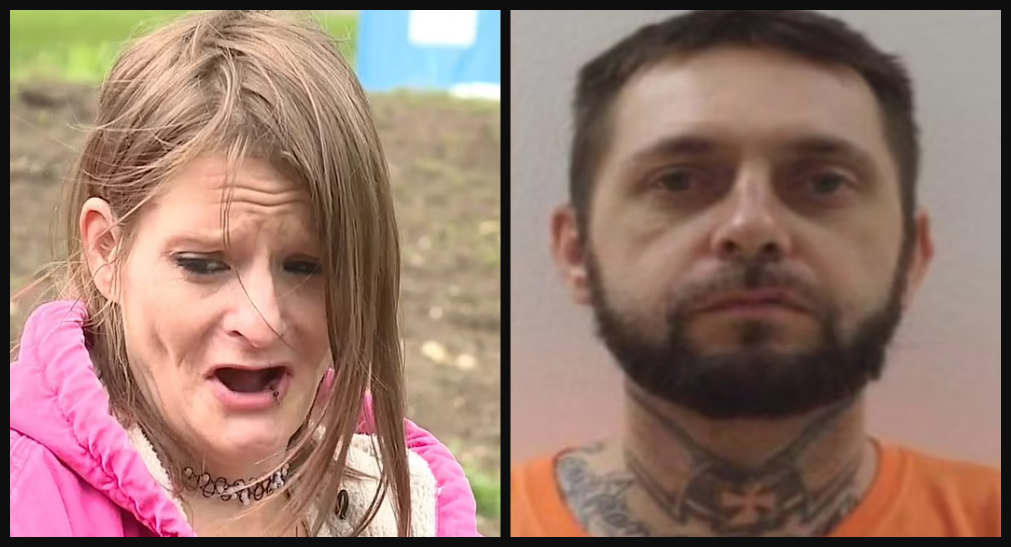 A Missouri woman says what was supposed to be a fun date turned into days of horror after a man she met on social media tortured her and stole her dentures.

“He seemed pretty cool, ya know? I thought I found somebody, ya know, and it turned out to be a complete Jekyll and Hyde,” Preacious Brower, 30 told Fox4.

According to Brower, 29-year-old James Larson Jr. met her on Facebook and the pair went out on a date together after Larson picked her up. Online court records state that Larson had gotten out of prison weeks before they met up.

Brower said Larson Jr. took her to his father’s house by a lake, around 45 minutes away from Kansas City. Once there, things were going well until Larson Jr. allegedly pulled out a knife and began abusing her.

Brower managed to get away when Larson Jr. fell asleep.

As CrimeOnline previously reported, according to a probable cause statement, Larson Jr. “punched her with closed fists, kicked her with steel-toe boots, and hit her in the head with what she described as an ice pick.”

Brower reportedly had urine on her after the suspect allegedly blocked her from using the restroom.

Larson Jr. denied the charges and claimed that he “never laid a hand on her or kicked her in any way.” His father, however, said that it appeared as if Larson Jr. was not himself and ended up badly hurting the victim.

“I thought he was a changed man,” his father said. “It was good for about a week.”

“I don’t know if he was blacked out, or drunk, I don’t know what kind of chemicals he was taking or injecting. I just know it was not him. And it just got sideways after that.”

Clinton County Sheriff Larry Fish told Fox4 that, “we kind of expected something would happen because the subject … is a violent career criminal.”

Yet, Larson Jr., despite his criminal past, was let out of jail on his own recognizance, meaning he had no bail amount and was allowed to leave jail without paying anything.