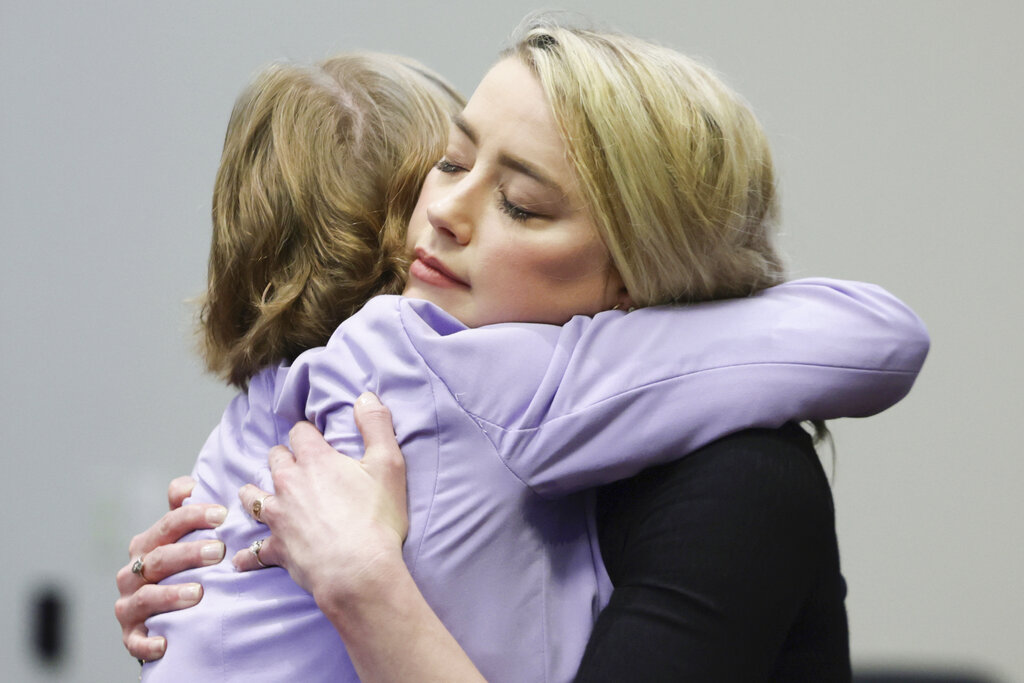 Amber Heard said she was disappointed “beyond words” Wednesday after learning the outcome of Johnny Depp’s defamation lawsuit against her.

According to Variety, Heard released a statement Wednesday, in connection with the jury’s findings that she defamed her former husband, Johnny Depp. Depp was awarded $10 million in compensatory damages and $5 million in punitive damages. The judge reduced the punitive damages to $350,000 in accordance with Virginia’s statutory cap.

“The disappointment I feel today is beyond words,” Heard wrote in a statement. “I’m heartbroken that the mountain of evidence still was not enough to stand up to the disproportionate power, influence, and sway of my ex-husband.”

“I’m even more disappointed with what this verdict means for other women. It is a setback. It sets back the clock to a time when a woman who spoke up and spoke out could be publicly shamed and humiliated. It sets back the idea that violence against women is to be taken seriously.

I believe Johnny’s attorneys succeeded in getting the jury to overlook the key issue of Freedom of Speech and ignore evidence that was so conclusive that we won in the U.K.,” Heard concluded. “I’m sad I lost this case. But I am sadder still that I seem to have lost a right I thought I had as an American — to speak freely and openly.”

As CrimeOnline previously reported, the questions at issue during the trial were whether Heard’s 2018 op-ed in the Washington Post defamed ex-husband, Depp, and whether Adam Waldman, an attorney who represented Depp at the time, defamed Heard when he called her allegations of abuse “a hoax.”

[Feature Photo: Actor Amber Heard hugs her attorney Elaine Bredehoft after the verdict was read at the Fairfax County Circuit Courthouse in Fairfax, Va, Wednesday, June 1, 2022. The jury awarded Johnny Depp more than $10 million in his libel lawsuit against ex-wife Amber Heard. It vindicates his stance that Heard fabricated claims that she was abused by Depp before and during their brief marriage. But the jury also found in favor of Heard, who said she was defamed by a lawyer for Depp.(Evelyn Hockstein/Pool via AP)]