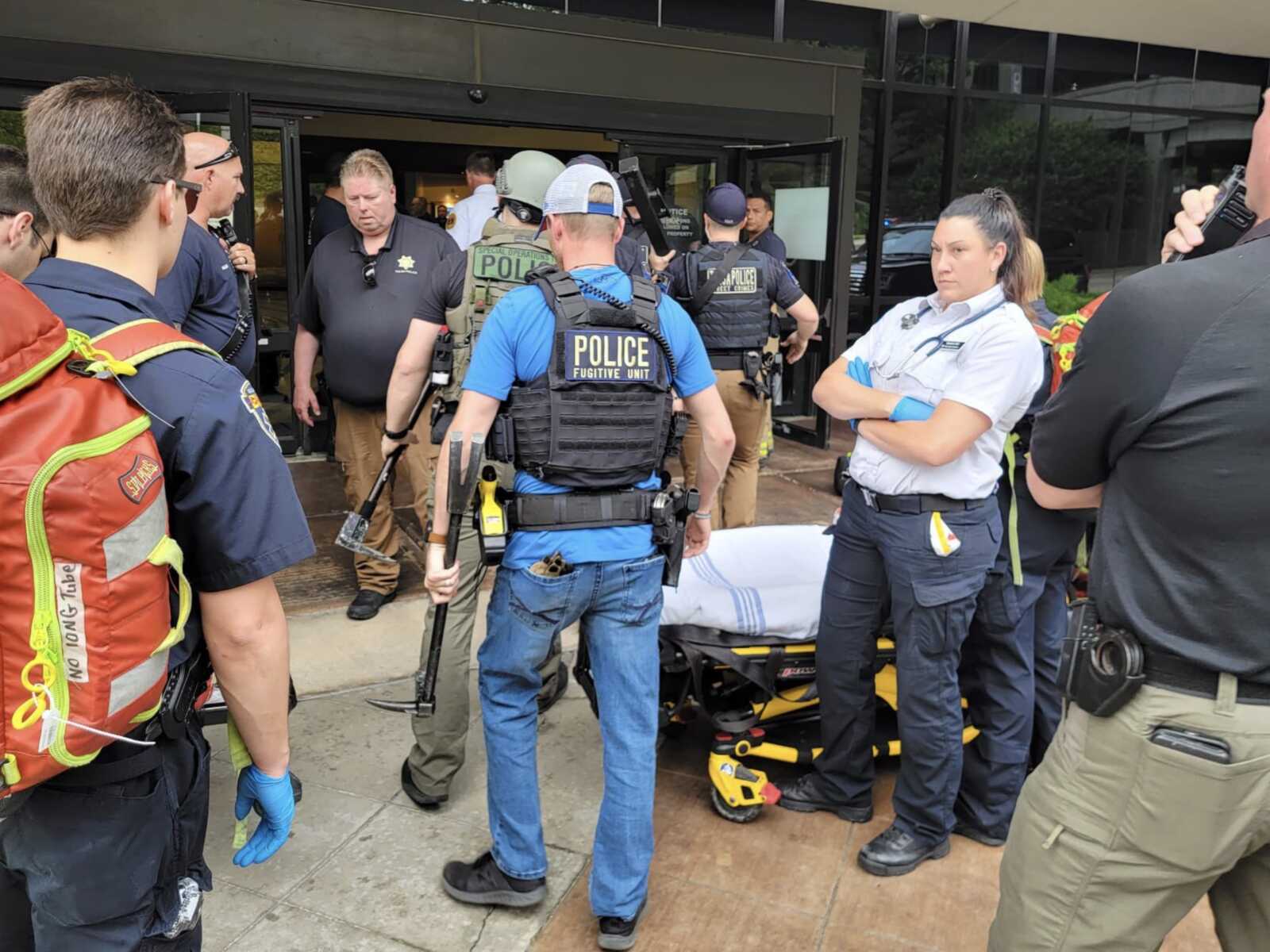 Gunman Shoots Down 4 ‘Innocents’ Before Killing Himself at Tulsa Hospital

A gunman armed with a rifle and a handgun killed four people at a Tulsa hospital Wednesday afternoon before killing himself.

Tulsa Police Deputy Chief Eric Dalgleish told reports that a 911 call came in at 4:52 p.m. that there was an “active shooter” in the Natalie Building of Saint Francis Hospital.

Officers arrived within four minutes, he said, and “made contact with victims and the suspect at 5:01.”

The responding officers were drawn to the second floor by the sound of gunshots, Dalgleish said, and “the scene is fairly limited to one section of that floor.”

“We have four civilians dead, and one shooter dead,” he said. “Right now, we believe that is self-inflicted.”

“Four innocents, one shooter,” he said.

Dalgleish said investigators have not yet identified the gunman, “but we believe we’re close.” He said the gunman was a man, likely 35 to 40  years old.

Investigators weren’t yet sure if anyone was specifically targeted in the shooting, the deputy chief said. The gunman was not believed to have been wearing body armor but he was believed to have fired both weapons he carried.

KOTV also reported that Tulsa Police had asked police in Muskogee, about 50 miles southeast of Tulsa, to investigate a home for a possible bomb. Muskogee police told the station that they don’t believe there was a bomb there, but it wasn’t clear if that request was connected with the shooting.

Officials said law enforcement responded from multiple local agencies as well as federal agents. SWAT teams went “floor to floor, office to office” to clear the building. Dalgleish said. Witnesses are being interviewed before they’re taken to a reunification center set up at a nearby Tulsa high school.

Saint Francis CEO Cliff Roberts and Tulsa Mayor GT Bynum asked for prayers for the victims and their families and praised to quick response of first responders. Bynum noted that Saint Francis staff has been at the forefront of the city’s health care, especially the last two years of the coronavirus pandemic.

Police said they would provide more information at a news conference Thursday morning.