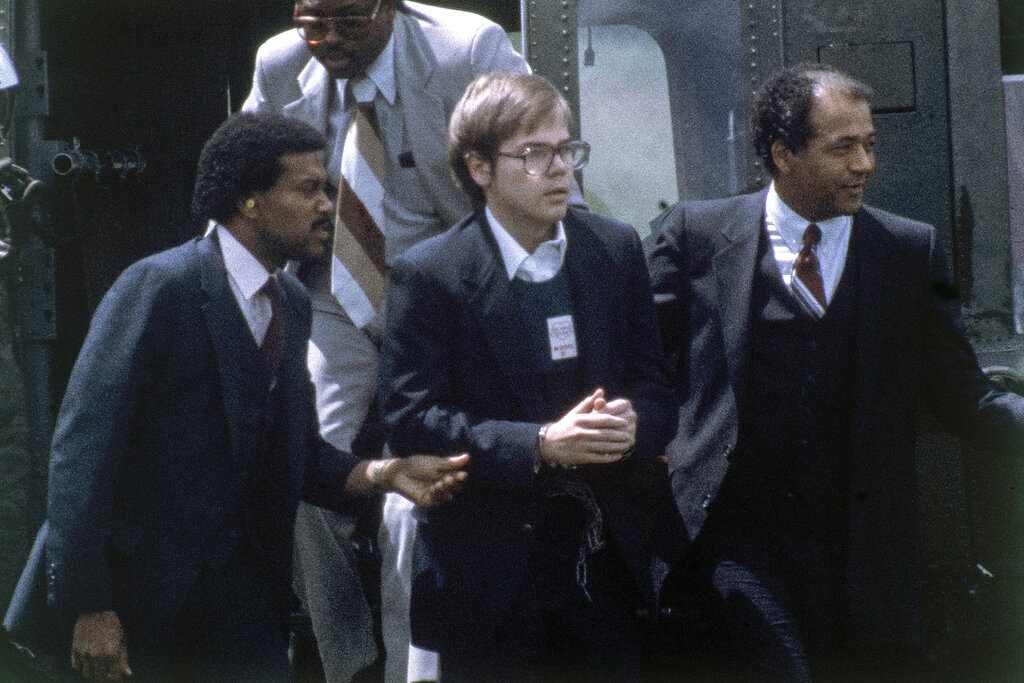 The man who shot then-President Ronald Reagan in 1981 is “no longer a danger to himself or others” and will be granted an unconditional release from court oversight this month, a federal judge ruled on Wednesday.

John Hinckley Jr. has lived in Virginia since 2016, when he was given permission to live with his mother full-time after several years of being allowed visits to his parents home. His mother died in 2021, and he has since moved out of her home.

He has been required to attend therapy sessions, barred from speaking with any media, and had a limited area in which he could travel, the Associated Press reported.

US District Court Judge Paul L. Friedman issued an order in September releasing Hinckley from his remaining restrictions but delayed the order’s effective date until June 15. At Wednesday’s hearing, Friedman determined that Hinckley, 67, has “passed every test.”

“I am confident that Mr. Hinckley will do well in the years remaining to him,” the judge said. “It took us a long time to get here. This is the time to let John Hinckley move on with his life, so we will.”

Hinckley was not in court for the hearing.

Attorneys for Hinckley and the government fought for years over his release, but Friedman noted that all the attorneys were now in agreement.

The Reagan Foundation, however, is not in agreement.

“The Reagan Foundation and Institute is both saddened and concerned that John Hinckley Jr. will soon be unconditionally released and intends to pursue a music career for profit,” a statement read. “ … We strongly oppose his release into society where he apparently seeks to make a profit from his infamy.”

The AP said that Hinckley has supported himself selling items at an antique mall and selling books online. He also promotes his music on YouTube and Twitter and plans to release a 14-song CD.

A jury found Hinckley not guilty of shooting Reagan by reason of insanity, and he spent more than two decades confined to a mental hospital. His motive for shooting Reagan was his obsession with the movie “Taxi Driver” and one of its stars, Jodie Foster. The main character in the film, played by Robert DeNiro, tries to kill a presidential candidate.

Reagan, a Secret Service agent, and a Washington, D.C., police officer recovered from their wounds. Reagan’s press secretary, James Brady, was partially paralyzed in the shooting and later lobbied, along with his wife Sarah Baker, for stricter gun safety and control laws. The Brady Handgun Violence Prevention Act, known as the Brady bill, was named for him. The White House press briefing room was also renamed in his honor. Brady died in 2014.