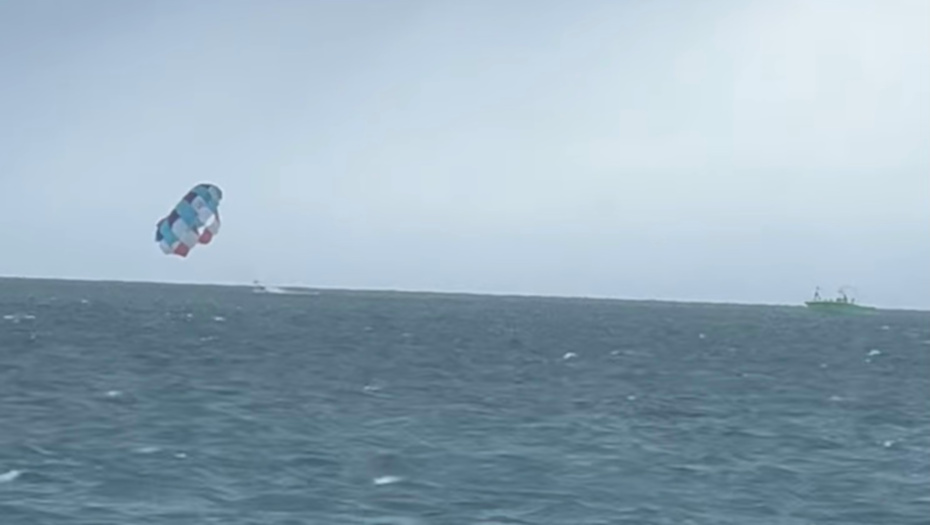 An Illinois mom was killed and two children seriously injured Monday when a boat captain cut the cable tethering their parasail, which dragged them “through and across the surface of the water” and slammed them into a Florida Keys bridge.

Supraja Alaparthi, 33, was dead before another boat captain untangled her and the children from the parasail cables and rushed them to a Marathon restaurant where crews had set up a staging area, WTVJ reported.

An preliminary incident report from the Florida Fish and Wildlife Commission said that 49-year-old Daniel Couch, the boat captain who took Alaparthi and the 10- and 9-year-old children onto the water, cut the cable when the parasail “pegged” in a high gust of wind, threatening to drag his boat.

But the man who pioneered parasailing in the 1970s told the Miami Herald Couch “never should have done that” and had other tactics to deflate the sail, such as steering the boat in a zig-zag pattern.

“That’s the golden rule,” said 66-year-old Mark McCulloh, chairman of the Parasail Safety Council. “Do not cut the line.”

Neither the Herald  nor WTVJ could reach Couch for comment, but an official with the company that operates his boat told WTVJ they were devastated by the incident but did everything by the book.

John Callion, 33, told the Herald that the weather just before the accident was calm.

“It was pretty much flat calm, but you could see the storm coming,” Callion, a Marathon fishing guide, said. “All of the sudden, the temperature dropped by 10 degrees and the wind started blowing like crazy.”

Callion didn’t see the family — Alaparthi, her 10-year-old son, and 9-year-old nephew — hit the Old Seven Mile Bridge because he started out toward them when he saw the cable snap and the parasail dragging them across the water and had to steer around an island to get to them.

Callion and his passengers got the family aboard his boat. Sriakshith Alaparthi, Alaparthi’s 10-year-old son, was conscious, but Vishant Sadda, her nephew, was unconscious.

“It was pretty much the worst thing you could imagine,” he said. “It was real bad.”

Supraja Allaparthi had no pulse, he said. His passengers gave her and the younger boy CPR as deputies on the bridge — on the scene for a separate incident — called down for them to take the victims to Sunset Grill, at the base of the bridge in Marathon.

The Herald said that the two boys were initially taken to Fisherman’s Hospital in Marathon, but the younger boy was later flown to Nicklaus Children’s Hospital in South Miami, where he is in critical condition.

The US Coast Guard and the Fish and Wildlife Commission are investigating the incident.