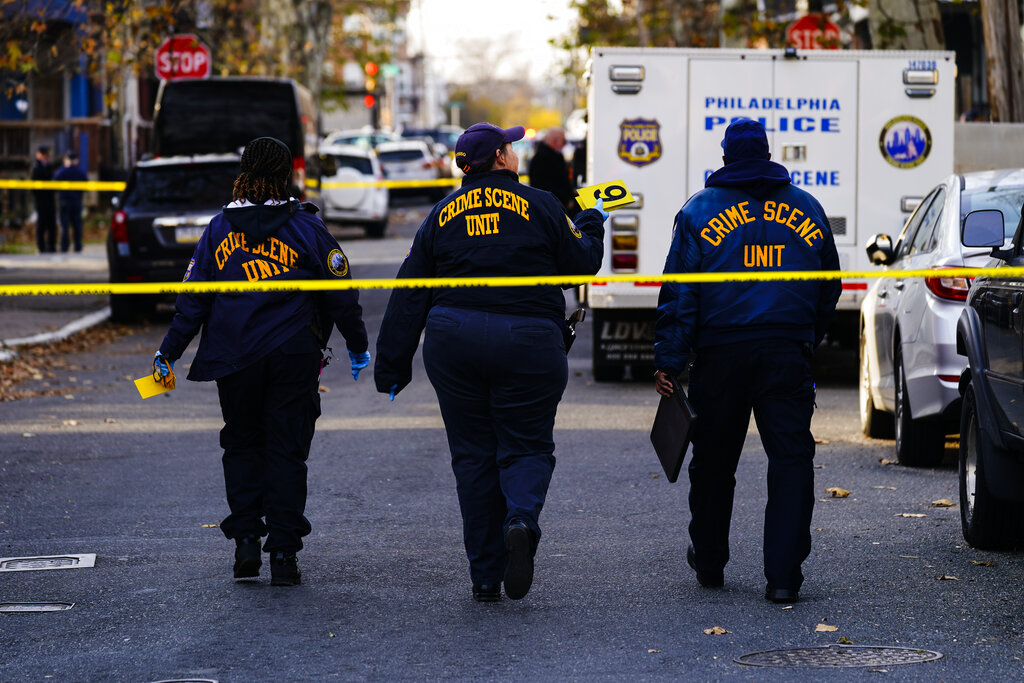 At least three people died and 12 others were injured in a mass shooting on a busy Philadelphia street late Saturday night, WPVI-TV reports.

Shortly before midnight, police in the area reported hearing shots and saw “several active shooters shooting into the crowd,” Philadelphia Police Inspector D.F. Pace said during a press conference early Sunday, according to the television station.

The shooting occurred on South Street in a popular district with numerous restaurants and bars.

“There were hundreds of individuals just enjoying South Street, as they do every single weekend, when this shooting broke out,” Pace told reporters.

As of Sunday morning, three people were declared dead after they were rushed to local hospitals: a 26-year-old woman, a 22-year-old man, and a 34-year-old man. Those victims had been shot multiple times, WCAU-TV reports. Conditions of other victims have not been released, nor have the names of victims.

One officer was reportedly within 10 to 15 yards of one of the shooters; the officer shot at the suspect and the suspect dropped his weapon and fled, according to CNN.

Authorities recovered two handguns from the scene, including one gun that has an extended magazine.

Police have not yet reported any arrests, but investigators are hoping that security cameras from area businesses recorded the shooting and those responsible.

A separate shooting occurred around 11 p.m. just blocks away, where police located 13 bullet casings; authorities are examining whether there is a link between the two shootings.

Mayor Jim Kenney on Sunday morning issued a written statement about the attack.

“Once again, we see lives senselessly lost and those injured in yet another horrendous, brazen and despicable act of gun violence,” Kenney said, according to WCAU-TV. “My heart is with the family, friends, loved ones of those lost or injured, and with everyone impacted by this terrible tragedy.

The United States has seen at least 239 mass shootings so far in 2022, according to the Gun Violence Archive. The archive defines “mass shooting” as a shooting involving at least four gunshot victims, not including the shooter.

[Featured image: Members of the Crime Scene Unit walk near the location of a previous shooting in Philadelphia, Wednesday, Dec. 1, 2021. (AP Photo/Matt Rourke)]