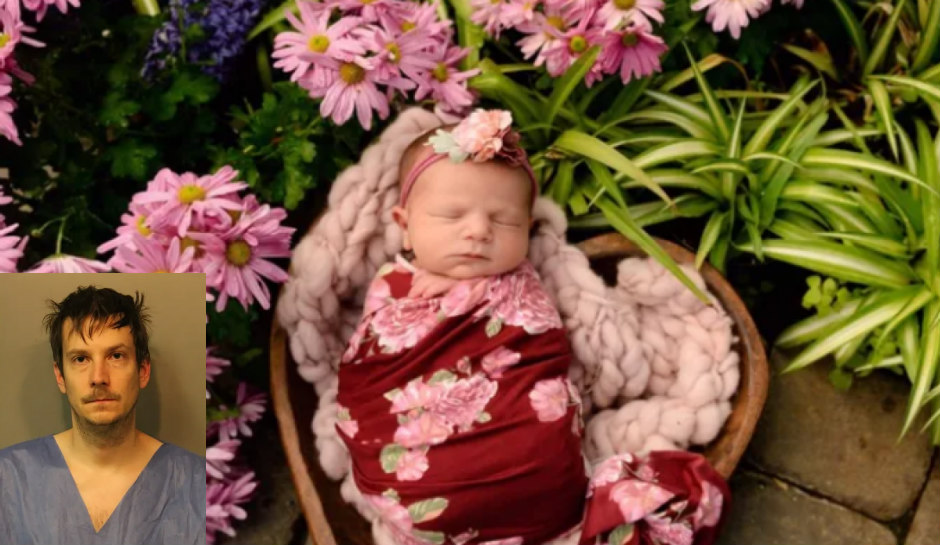 An Illinois father allegedly shook and slammed his infant daughter, abuse that caused severe injuries and ultimately led to her death, ABC 7 reports.

On May 27, staff at Hope Children’s Hospital in Oak Lawn, a suburb of Chicago, initially saw the 8-week-old girl named Adaline for what they believed was dehydration and a stomach bug.

The girl was in and out of the hospital for the next several days and treated with an IV, according to Patch.

Then, on May 30, the child was brought back to the hospital when she became unresponsive. The hospital’s child abuse team was notified, and staff determined that the girl had suffered brain trauma that appeared consistent with being shaken, Patch reports.

On June 2, the hospital notified police about the situation, telling officers that the girl had suffered severe trauma to her head and brain.

Police subsequently arrested the father, 37-Year-Old Edward Janiszewski, on a charge of felony aggravated battery to a child.

Adaline was pronounced dead on Sunday.

In an interview with investigators at an Oak Lawn police station, Janiszewski allegedly admitted to police that he shook the girl and then slammed her head onto a cushion in the early morning hours of May 30.

The Cook County Medical Examiner will perform an autopsy on the girl. Charges against Janiszewski could be upgraded depending on the outcome of the autopsy, according to Fox Chicago.

Janiszewski made an initial court appearance on Saturday. Bail was set at $75,000, but he was able to post bond.