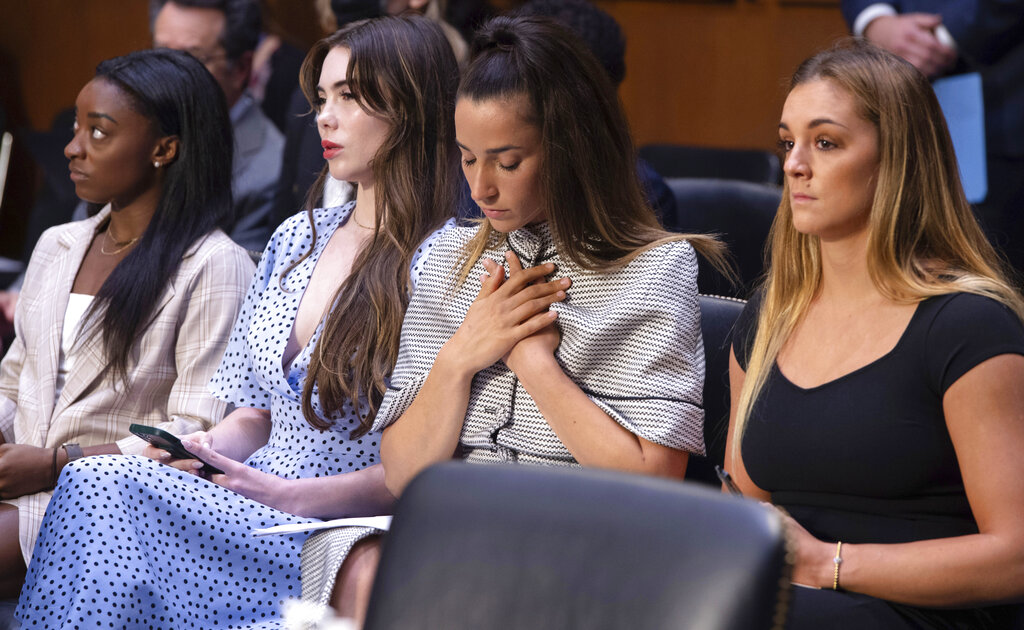 More than 90 women and girls who were sexually assaulted by sports doctor Larry Nassar have filed claims against the FBI seeking upwards of $1 billion, alleging that the federal law enforcement agency failed to protect them, ESPN reports.

Many of the claimants allege that they were subjected to abuse by Nassar after the FBI knew about similar allegations against him yet took no meaningful steps to stop the assaults.

“The FBI knew that Larry Nassar was a danger to children when his abuse of me was first reported in September of 2015,” Team USA gymnast Maggie Nichols said in a written statement on Wednesday announcing the action, according to NBC News.

“For 421 days they worked with USA Gymnastics and (United States Olympic and Paralympic Committee) to hide this information from the public and allowed Nassar to continue molesting young women and girls. It is time for the FBI to be held accountable.”

Nichols and professional gymnasts Aly Raisman, Simone Biles and McKayla Maroney are each seeking $50 million, while most of the other claimants are seeking about $10 million each, CNN reports.

The claims were filed under the Federal Tort Claims Act, a federal statute that provides a mechanism for compensating people who have been harmed by negligent or wrongful acts by the federal government.

The FBI has six months to either settle the claims or deny them, at which point the claimants can file a lawsuit.

Thirteen similar claims were filed against the FBI in April.

Justice Department officials have repeatedly declined to bring criminal charges against FBI agents who mishandled the investigation into Nassar, even though an inspector general report last year found that the FBI knew of Nassar’s misconduct but failed to do anything about it for more than a year.

“FBI officials, who possessed this knowledge and were in a position to end Nassar’s predation, were grossly derelict in their duties resulting in Nassar sexually assaulting approximately 100 young women and children between July 28, 2015, and September 12, 2016, and conspired with the highest-ranking officials within the United States Olympic and Paralympic Committee and USA Gymnastics, Inc to conceal this known sexual abuse from foreseeable victims,”

Nassar, the former national team doctor for USA Gymnastics, is serving what is effectively a life sentence on multiple counts of sexual assault of minors, possession of child pornography and other charges. More than 265 young women and girls have said Nassar abused them.

FBI Director Christopher Wray said at a congressional hearing in October that he empathizes with the girls and women who were abused. The failures at the FBI occurred before Wray became director, but he said he is doing what he can to ensure it does not repeat itself.

“I’m sorry for what you and your families have been through,” Wray told the Senate judiciary committee, according to ABC News.

“I’m sorry that so many different people let you down, over and over again. And I’m especially sorry that there were people at the FBI who had their own chance to stop this monster back in 2015 and failed.”

[Featured image: FILE – United States gymnasts from left, Simone Biles, McKayla Maroney, Aly Raisman and Maggie Nichols, arrive to testify during a Senate Judiciary hearing about the Inspector General’s report on the FBI’s handling of the Larry Nassar investigation on Capitol Hill, Wednesday, Sept. 15, 2021, in Washington. Olympic gold medalist Simone Biles and dozens of other women who say they were sexually assaulted by Larry Nassar are seeking more than $1 billion from the FBI for failing to stop the now convicted sports doctor when the agency first received allegations against him, lawyers said Wednesday, June 8, 2022. (Saul Loeb/Pool via AP, File)]