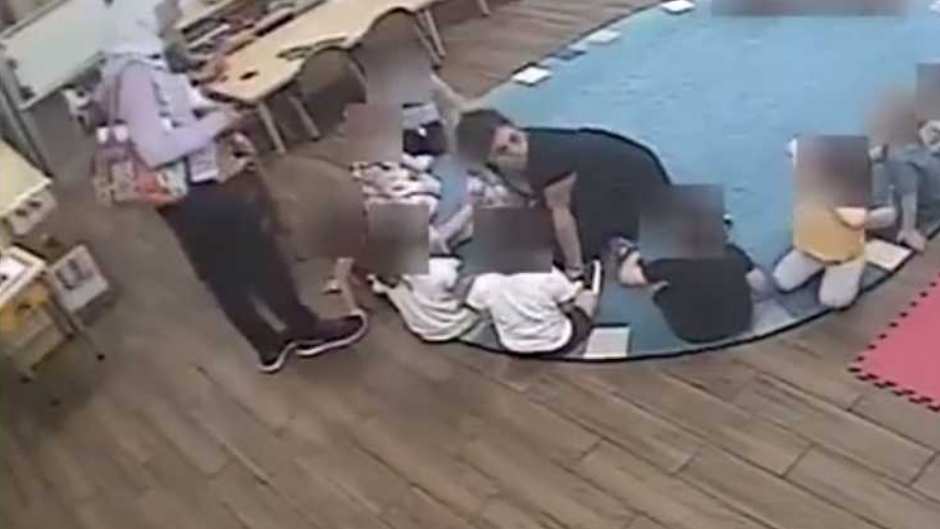 Gloria Barghi, a parent of a child who attends Parker-Chase preschool in Roswell, told WXIA that she witnessed the lead teacher assaulting a student on the live broadcast. Barghi and her husband reportedly raced to the school and demanded to see footage that allegedly depicted the entire assault.

“It was intentional. It was thought out. It was malicious,” Barghi commented.

WXIA reported that the video showed children between the ages of two and three sitting on a rug when a teacher approaches a student and kneels. Meanwhile, a second teacher, who is behind that same student, kicks them in the back with her knee and chin.

The second teacher was also filmed apparently stepping on another child’s hand and keeping her foot there.

Zeina Alostwani, 40, and Soriana Briceno, 19, appeared in court on Tuesday in connection with the incident which occurred on June 2. They are charged with first-degree child cruelty.

“We have several weeks of video to go back and review to make sure there are no other instances of this kind of behavior,” Roswell police told the news outlet.

Alostwani’s bond was set at $75,000, while Briceno was not granted bond due to her asylum and immigration status.