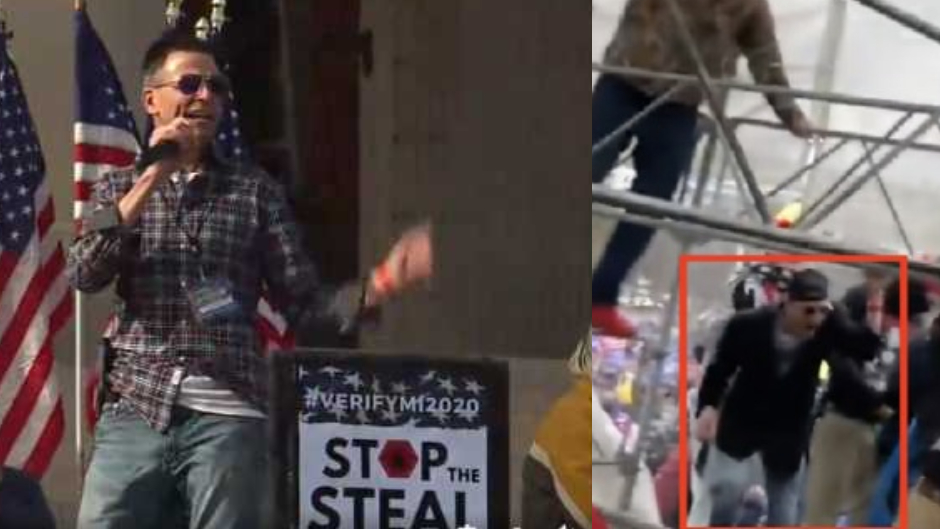 A Republican candidate for Michigan governor was arrested on Thursday for his alleged involvement in the January 6 insurrection.

The FBI claimed received multiple tips about Ryan Kelley, 40, being at the U.S. Capitol. WOOD reported that the sources who identified Kelley as a suspect included an FBI agent, an Ottawa County sheriff’s deputy, and an Allendale Township official.

Images allegedly show Kelley pushing Capitol police outside the building. Authorities never said he entered the building, but they wrote that he walked onto some stairs before climbing onto “an architectural feature” nearby.

“As far as going through any barricades, or doing anything like that, I never took part in any forceful anything,” Kelley told MLive in March 2021. “Once things started getting crazy, I left.”

The news outlet reported that FBI agents searched Kelley’s home in Allendale upon his arrest on Thursday.

Kelley is charged with knowingly entering or remaining on the U.S. Capitol or its grounds without authority, disorderly and disruptive conduct in that space, knowingly engaging in any physical violence against persons or property on U.S. Capitol grounds, and willfully injuring or attacking property of the United States.

Campaign officials have not yet commented about the allegations against him.

Kelley has a court hearing in Grand Rapids on Thursday afternoon.