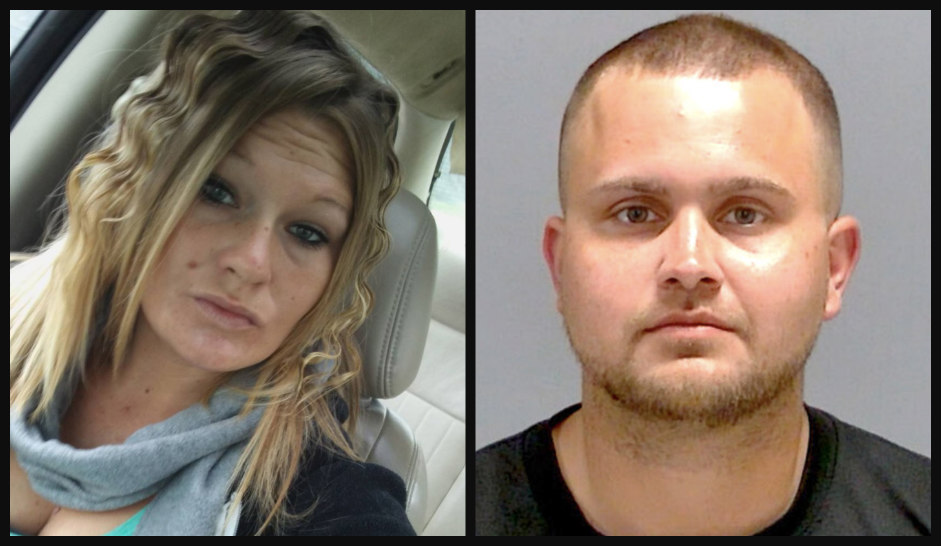 ‘Tomorrow Will be the Biggest Wakeup Call of Your Life’: Man Accused of Murdering Ex-Girlfriend Sent Her Threatening Message Day Before Attack

An Indiana mother died last week after her ex-boyfriend allegedly slammed into her with his car in what investigators say was a final act of domestic violence that had terrified the woman in recent months, WTHR-TV reports.On May 31, 27-year-old Kyle Rigdon allegedly sent the victim, 29-year-old Kayla Bowling, a Facebook message that foreshadowed the attack.“Have fun with your bullsh****n you got going on tonight. Tomorrow will be the biggest wakeup call of your life,” the message read, according to the television station.The following day, Rigdon is accused of striking Bowling with his car while she was riding her bike.She was rushed to a local hospital and was pronounced dead less than an hour later. At the scene, Bowling had provided a neighbor with the car’s license plate number, WXIN-TV reports.Another neighbor reported that he saw Bowling biking the day before the attack and that she was confronted by a man driving a silver car, which had blocked her in. The man was reportedly yelling at Bowling.Authorities say Rigdon drove a silver Nissan Altima.Investigators believe that before the attack, Rigdon had gone to extreme lengths to stalk, harass and threaten Bowling, who reportedly confided in her parents that she was “terrified” of Rigdon and that she believed he would kill her.“She was afraid he was going to kill her. She says, ‘If I ever die, look at my phone. I got the evidence,’” Robert Bowling told WTHR-TV.

Kayla Bowling and Rigdon had dated on and off for about six months and had broken up most recently one month ago.One thing that particularly upset Bowling was that Rigdon always “seemed to know where she was at all times,” the television station reports. Rigdon would text Bowling to ask why she was at a particular location, which led her to believe that he was following her.Days before the killing, Rigdon had parked outside Bowling’s home, where she lived with her parents and slashed her tires with a butcher knife.Rigdon would also drive by the house multiple times per day, prompting Bowling’s father to run into the house and get a gun for protection.One day before the attack, on May 31, Bowling and Rigdon were heard arguing over the phone. Bowling reportedly screamed at him to “stay away” and said their relationship “was over,” according to WXIN-TV.Rigdon then came to the home around 11:30 p.m. and knocked on Bowling’s window. She told Rigdon to leave or else she would call the police.Rigdon had allegedly posted on Facebook that “someone had broken his heart but that they were going to pay,” however the post was reportedly deleted, according to court records obtained by WTHR-TV.After the attack on June 1, Rigdon allegedly told his employer that he had harmed his girlfriend and asked a colleague to lie for him by saying that he had been at work since 10 a.m. However, Rigdon had not shown up for work until about noon.Rigdon’s employer called police upon learning of Bowling’s death and disclosed text messages in which Rigdon asked him to lie about what time he was at work, according to WXIN-TV.The day after Bowling’s death, Rigdon visited his son. The boy’s mother told investigators that Rigdon was “unusually quiet and affectionate” with the child and gave him $100, WXIN-TV reports. The woman provided police with photos of damage to Rigdon’s car.After police arrested Rigdon, they examined his vehicle, which showed recent damage to the front-left bumper.Robert Bowling told the Indianapolis Star that his daughter “didn’t have a mean bone in her body and would help anybody who needed it.” She was the mother of at least one child, a boy, whom she named after her father, Robert, according to WRTV.

The killing has left her parents heartbroken and stricken with grief.

“There was a little relief after they arrested him, but we are destroyed,” Robert Bowling told the Star. “We are absolutely destroyed. She was my baby, my only daughter.”

According to the National Domestic Violence Hotline, one in four women and one in seven men are victims of severe physical violence from an intimate partner.