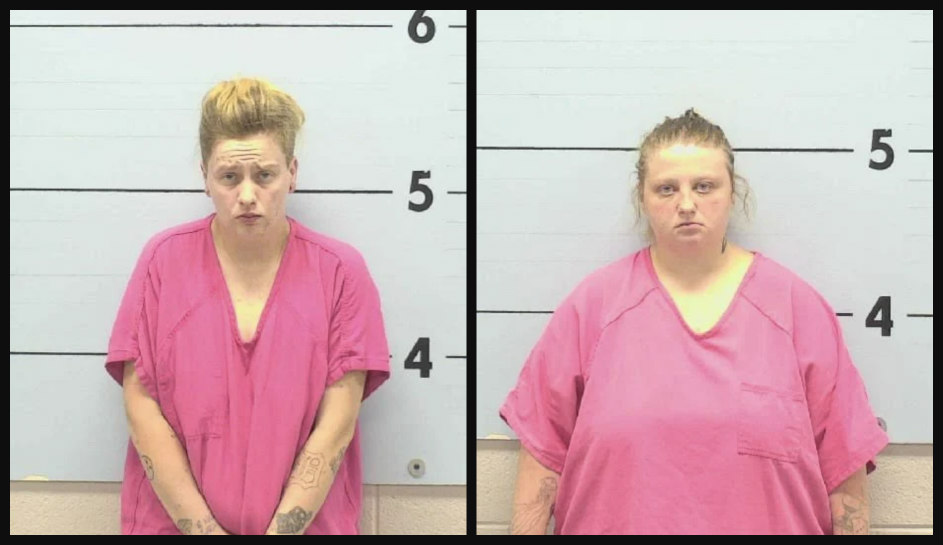 Two North Carolina women are facing charges related to child abuse after one of them allegedly attacked kids using metal knuckles, WSOC-TV reports.On Friday afternoon, authorities in Burke County, North Carolina, received an anonymous complaint accusing 25-year-old Natalie Childress (pictured left) of intentionally using metal knuckles to strike and injure children under her care, according to the television station.Social services and child protective services officials responded to a home in Connelly Springs, where they encountered the children’s mother, 26-year-old Jessica Sanders (pictured right), WCCB-TV reports.Sanders allegedly said that the kids were not home, prompting the child welfare officials to ask for help from the Burke County Sheriff’s Office.Sheriff’s deputies later arrived on the scene and located the children, who were hiding in the residence. The deputies then called for medics to treat the children for injuries they sustained because of the incident; the children were brought to UNC Health Valdese and later to a children’s hospital’s abuse and trauma facility. Deputies subsequently arrested Childress and charged her with negligent child abuse causing severe bodily injury. Authorities also charged Sanders with aiding and abetting negligent child abuse.Both women were transferred to the Burke County magistrate and received $250,000 secured bonds, WBTW-TV reports.As of Sunday morning, authorities had not released information about what may have prompted the abuse or whether the women had engaged in abuse prior to the incident.Burke County is northwest of Charlotte between Asheville and Winston-Salem.