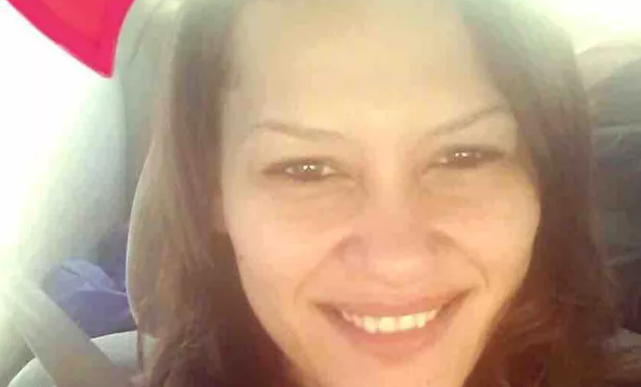 A Washington state mother of nine children was shot to death at a convenience store on her birthday by a man with a long criminal history who was on parole and prohibited from possessing firearms, KCPQ-TV reports.

The shooting happened on May 26, when 40-year-old Jerrmell Warren allegedly began firing his gun at a vehicle in the parking lot of a 7-Eleven in Spanaway, Washington.

Warren was reportedly harassing people in the parking lot. When a woman in a vehicle told him not to come closer, Warren allegedly became upset and pulled out a gun.

A man in the driver’s seat of the vehicle then told Warren that he cannot just pull a gun on people.

Warren told the man to exit the vehicle, prompting the man to apply bear spray on Warren and then drive away. The man later told police he believed that Warren would steal his vehicle or try to kill him.

As the vehicle was leaving, Warren began firing his gun at the car.

At least one of the bullets struck a bystander, 39-year-old Angelina Palmer, who was celebrating her birthday that day. She later died.

An employee of 7-Eleven called 911 and told police that Warren appeared to have been stumbling around the property before the shooting.

Another witness reported to police that Warren appeared “confrontational and aggressive” and that he was concerned for his safety, KCPQ-TV reports. One of the bullets struck the witness’ truck.

Warren has a lengthy criminal record; he has 17 felony convictions and is also prohibited from possessing or owning any firearms. At the time of the shooting, Warren was on parole, or what the state calls “community custody.”

He was facing multiple pending cases, including first-degree assault, second-degree domestic violence, and driving under the influence, according to the News Tribune.

Following the shooting, police were searching for Warren in connection with a carjacking at gunpoint. When police located a vehicle Warren was driving, Warren allegedly rammed the vehicle into a deputy’s patrol vehicle. He later crashed the car in Tacoma and fled on foot until he was captured.

Palmer’s family told KCPQ-TV that they are devastated by her death. She had nine children ranging from 1 to 23 years old.

“Whatever was going on in the parking lot had nothing to do with her,” Palmer’s brother, Willard Palmer, told the television station. “She was just going about her day and gets shot on her birthday.”

In speaking during arraignment, Willard Palmer told Warren how he had “ruined so many people’s lives.”

“You took someone who had nothing to do, absolutely nothing to do with whatever you had going on in that parking lot that day,” Willard Palmer told Warren, according to the News Tribune. “And now you ruined so many people’s lives over it. And it’s not fair.”

A judge has set Warren’s bail at $3 million; he has pleaded not guilty.

A GoFundMe account has been established to help support Palmer’s children.