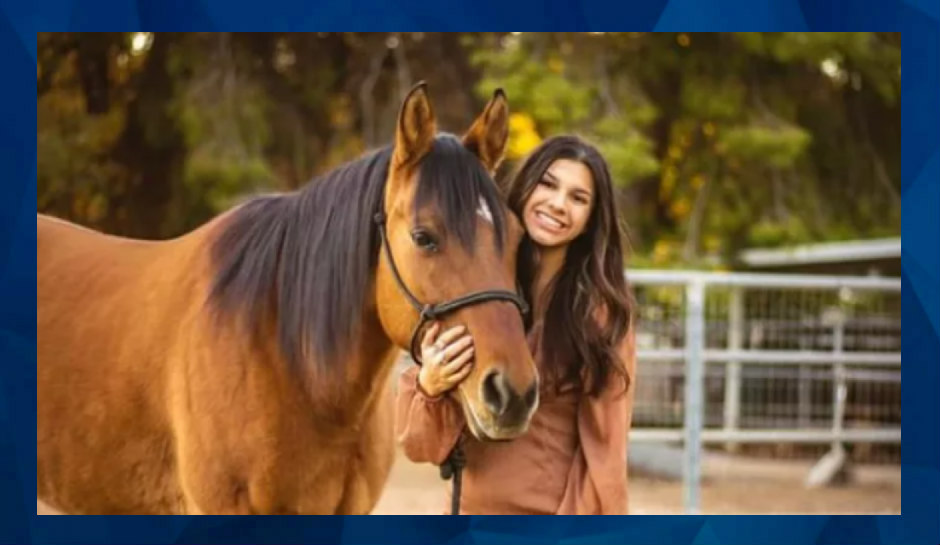 An Arizona teenager was shot to death in her apartment earlier this month by an apparent intruder just days after her pregnant horse was allegedly stolen, the East Valley Tribune reports.

Around 2 a.m. on June 4, 19-year-old Rachel Hansen dialed 911 to report that she had been shot by an “unknown person” in her apartment in Gilbert, Arizona.Medics rushed Hansen to Chandler Regional Medical Center, where she died from a single gunshot wound.“We know that an unknown person entered Hansen’s apartment but identifying a potential motive is part of the ongoing investigation,” police spokesperson Brenda Carrasco told the newspaper. “I do not have any additional or new information to provide at this time.”Hansen’s loved ones have described her as “extremely sweet” and an “angel” on social media, the Tribune reports.“It was hard to have a bad day around Rachel,” one commenter wrote, according to the newspaper. “The sweetest person and no doubt a lot of people’s best friend.”Hansen’s friend, Cheyenne Walters, echoed that sentiment in an interview with Arizona’s Family.“She was a spitfire. Just probably the most caring, nurturing person you will meet ever in your life,” Walters told Arizona’s Family.

“She was so passionate about animals and about kids and she wanted so much with her life. She had her life more together than any 19-year-old I know. She knew what she wanted. She was going to get what she wanted. And that’s probably what’s the most heartbreaking about this.”

Given the relatively limited information about what happened, community members have speculated about who may be responsible for Hansen’s death.Those close to Hansen have wondered whether the killing may be related to one of Hansen’s horses, named Dash, that had reportedly been stolen in Queen Creek. Police in Queen Creek told Arizona’s Family that the horse had been stolen outside of the department’s jurisdiction and that a report needed to be filed with the Pinal County Sheriff’s Office.

However, it’s not clear whether a report was provided to the sheriff’s office.

Walters said Hansen was intent on getting the horse back.“She lit with so much joy, telling me about how much her family means to her and for this pregnancy to happen because it was her prized possession. She loved that mare more than anything in the world,” Walters told KPNX-TV.
Walters also told Arizona’s family: “She didn’t tell me specifics whatsoever, she just said she was working on getting her mare back and that mare was her prized possession.”Commenters on social media have zeroed in on the horse as a potential motive for the killing and allege that Hansen had also received threats, but police have not corroborated that claim.

“She had received threats from the persons who stole her horse, they had been harassing her over posts she made,” one person wrote on social media, according to the newspaper. “She was selling her things because someone had stole her horse and was demanding ransom to have it returned.”Another person wrote: “I feel it was the people that stole her horse and made many threats. They wanted ransom money and was threatening her from fake Facebooks. It’s a ugly situation,” the Tribune reports.Gilbert Police Sgt. Paul Alaniz told the newspaper that the department is considering possible motives that may have prompted the shooting but he declined to discuss any one in particular.“Identifying a potential motive in this shooting is part of our ongoing investigation,” Alaniz told the Tribune. “Any leads or tips submitted by the public are actively being worked.”A GoFundMe account has been established to help Hansen’s family.To report information about the case, call the Gilbert Police Department non-emergency line at 480-503-6500.