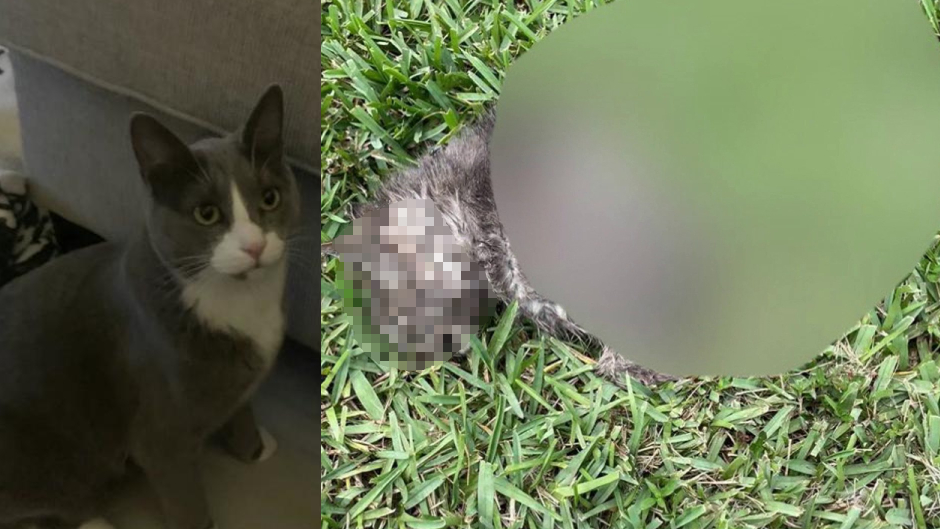 Graphic: 2 House Cats Found Chopped in Half in Neighborhood

Florida authorities are investigating the reported deaths of several cats that were found chopped in half.

The Miami Herald reported that at least two cats were found dead in Weston several weeks apart. The first cat, which was found on May 11, was found in an open field. A city employee said the cat was covered in maggots and described its injuries as “clean” cuts.

The second cat was discovered four miles away on June 2. Lourdes Edelen’s cat, Misu, was located in a neighbor’s backyard with part of its back and legs missing, according to The Miami Herald.

An officer searching the area reportedly discovered what appeared to be three pieces of animal intestines between Edelen’s home and her neighbor’s.

Residents and authorities initially suspected the cat deaths were caused by wildlife, as Weston is located near the Everglades. However, Edelen told The Herald that Misu was not bloody and had no bites.

“The cat appeared to be cut clean through the middle. The cut is not consistent with that of animal bites/attacks and appeared to be intentional,” police wrote in their report, according to WPLG.

Residents told police about five recent incidents near Savanna, which is a community located in Weston. Broward County police told WPLG that two similar cases have been reported.

However, Broward County police spokesperson Gerdy St. Louis told The Herald that residents’ claims of more dead cats in the area have not been substantiated. No arrests have been made.

St. Louis said, “We are urging the community to come forward if they have information regarding these incidents.”