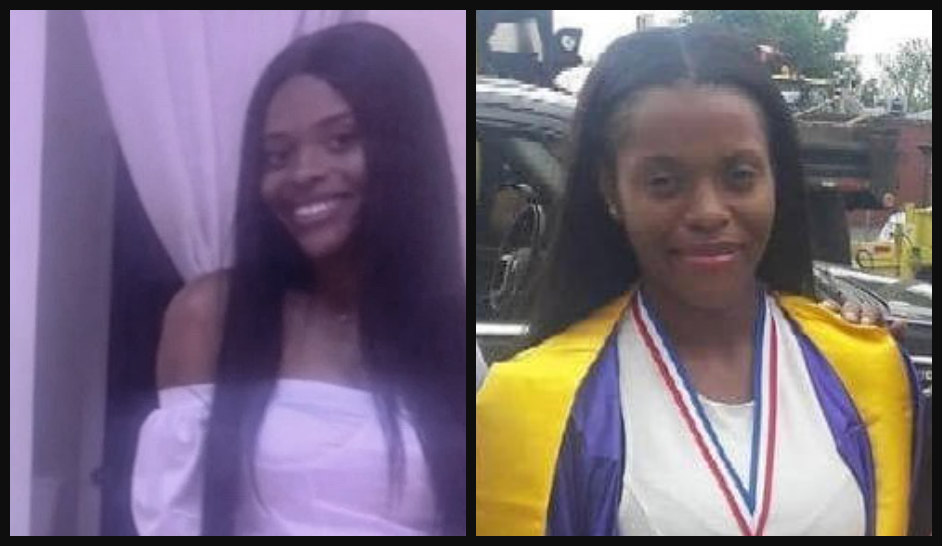 BOLO: College Student Missing for Over a Month After Meeting Someone Online, Mom Fears Human Trafficking

BROOKLYN, New York – The family of missing art student, TiJae Baker, is desperate for answers after the 23-year-old failed to return home to Brooklyn after what was supposed to be a quick trip to DC.

According to ABC News, Toquanna Baker, TiJae’s mother, said her daughter left Brooklyn around 3:36 pm on May 1. A short time later, she lost contact with her daughter when it appears her phone was turned off. She was expected to return home the following day, but she never made it.

TiJae is an ambitious young artist who is in her last semester of college. The art major recently started doing pop-up art shows and showcases her artwork on social media, CBS News reports.

“Where’s my daughter? She got off at Union Station D.C.,” Toquanna Baker said.

TiJae reportedly told loved ones she booked a quick job in D.C. designing posters for a woman she met through social media. The true identity of the woman is something of a mystery. According to NaMus, TiJae possibly went to meet a female named Radisha Brown for an art convention.

Family members believe this is one of many aliases the woman uses on various social media sites and fear TiJae is in danger.

Despite filing missing person reports in NY and DC, the distraught family heard nothing from their daughter until they received a frantic phone call asking for help on June 1. The call came from a nail salon in a strip mall in Lanham, Maryland. She was reportedly whispering and the call ended quickly.

“She said just tell her mother to come get her — now,” said Roxanne Baker, TiJae’s grandmother.

TiJae’s mother rushed to the strip mall, but her daughter was already gone and her phone was turned off, the Sun reports.

Toquanna was able to contact the owner of the salon and obtain surveillance video of TiJae inside the business. She can be seen nervously pacing back and forth and appears to be wearing a black hoodie pulled up over her head. 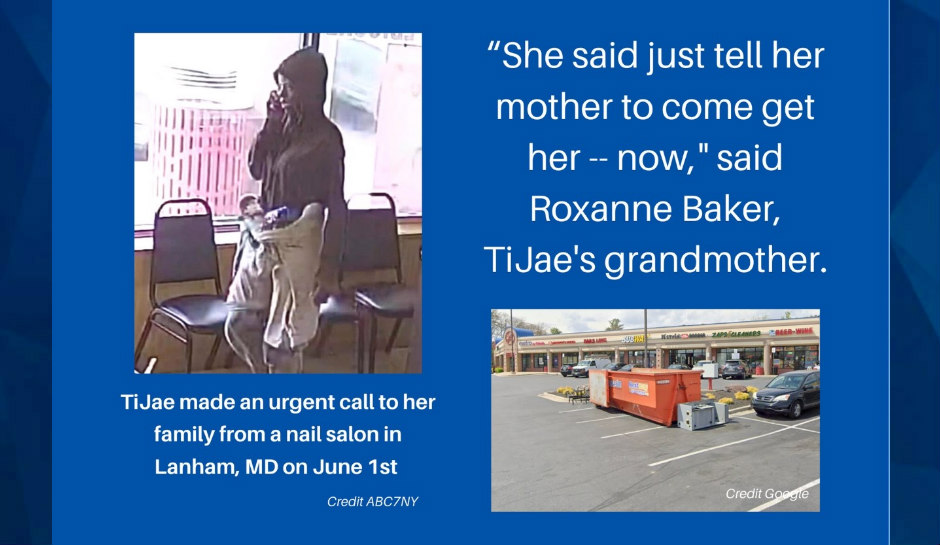 The family is now desperately asking for assistance in finding TiJae. They’ve held rallies, scoured neighborhoods, and posted flyers in any locations where TiJae may have been.

“My baby is out there, and traumatized and scared,” her mother, Toquanna Baker, told New York’s WCBS-TV.

TiJae is described as a Black female who stands 5-feet-7 inches tall and weighs around 130 pounds. She was last seen wearing a black sweater, gray shorts, and a white shirt.

Anyone with information about TiJae’s whereabouts should contact the New York Police Department at 800-577-TIPS.