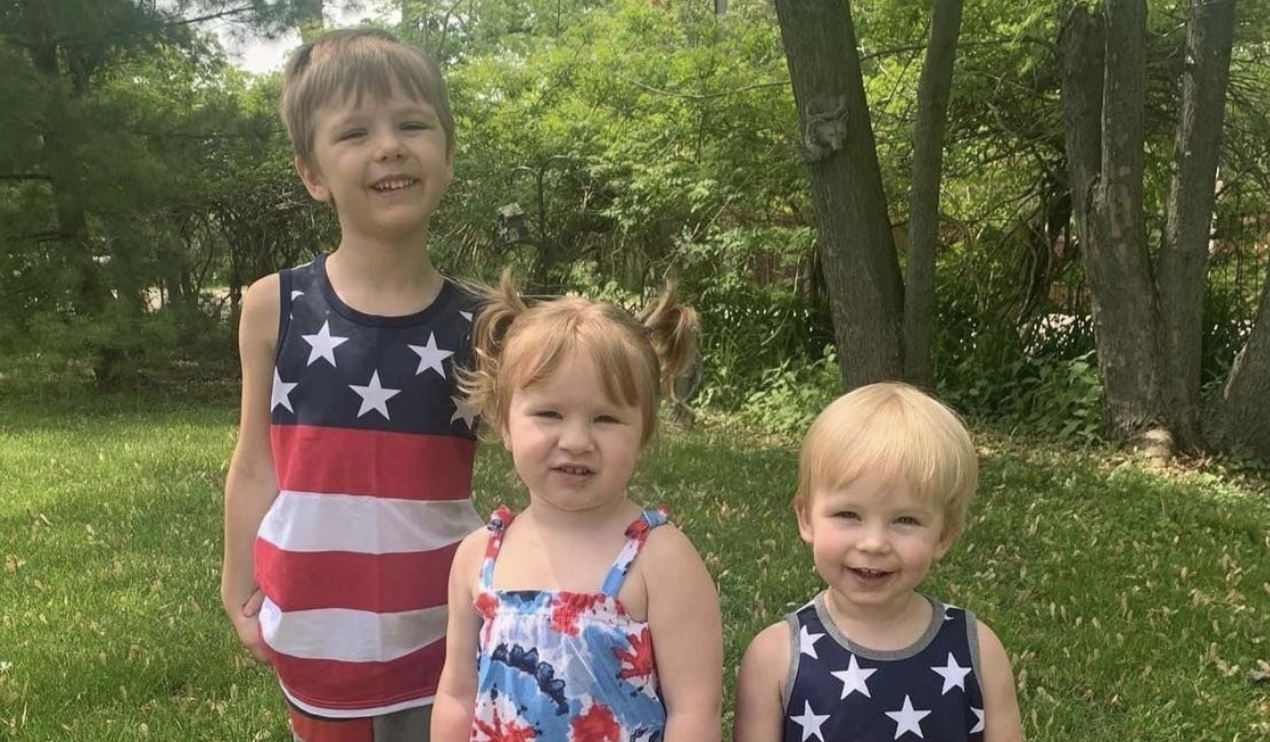 An Illinois father has been charged with first degree murder in the deaths of his three children during a weekend visit.

Round Lake police said that they conducted a well-being check early Monday morning following a request from the children’s mother, who was schedule to pick them up for a doctor’s visit, according to WBBM.

The father, Jason Karels, was not at the home, but Illinois State Police spotted his car a few hours later on Interstate 57 and engaged in a 17-minute pursuit across multiple highways, until Karels crashed into a wooded area long Interstate 80 in Joliet.

Police said Karels, 35, admitted killing the children as police and firefighters pulled him out of the wreckage. He also reportedly attempted suicide several times.

“I cannot fathom the pain this family is going through right now,” Round Lake Police Chief Gilbert Rivera said.

Lake County Coroner’s Office chief deputy Steve Newton said preliminary autopsy results found the cause of death to be consistent with drowning. Newton said a toxicology report would reveal if the children were drugged prior to being drowned. He said there were no other signs of injuries.

Karels was taken to a hospital and is expected to appear in court on Wednesday.

Investigators have not said if Karels provided a motive, and Rivera said investigators said they were unaware of any abuse allegations or if Karels had a criminal history or history of mental illness.

“I don’t know if anything could have stopped this, or if there were any early indications of it,” Rivera said. “As I mentioned, we were not familiar with this family nor with the house, but I can tell you we’re all deeply affected.”