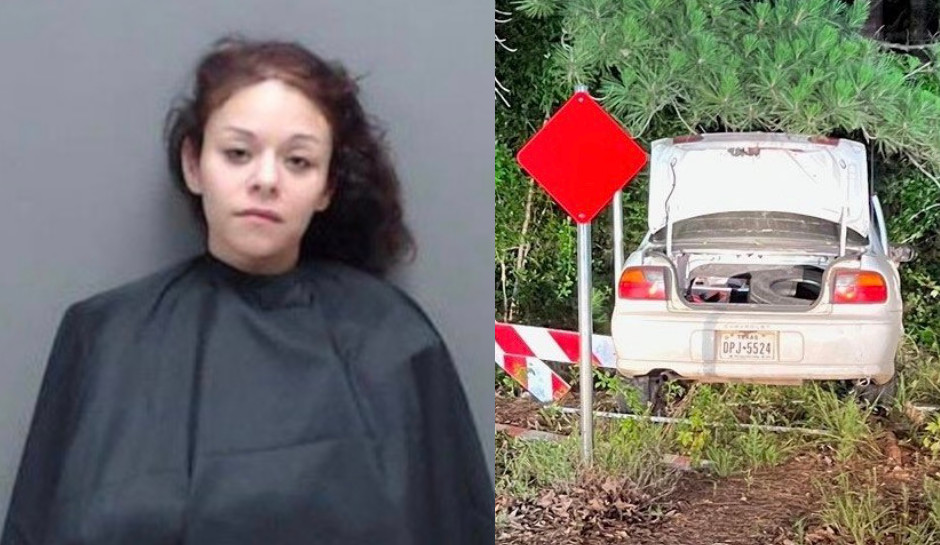 A Texas mom has been arrested after she crashed her car and wandered into traffic lanes on Interstate 20, apparently “under the influence of alcohol and possibly narcotics.”

Harrison County deputies said they found one of Fantasia Martinez’s infant children in her abandoned car and a second — the first infant’s twin — alone at the family’s home.

Martinez, 26, was charged with two counts of abandoning a child in imminent danger of bodily injury, driving while intoxicated with a child passenger, escape, and resisting arrest.

Dispatchers began receiving 911 calls about a woman in the highway at about 9:45 p.m. on Tuesday, the sheriff’s office said. Deputies and state troopers quickly located her but noted they had some “difficulty making complete sense of the situation.”

Near the end of the interview, Martinez told the deputies “her vehicle had broken down and both her children were still in the vehicle.” The deputies quickly launched a search for her car, locating it on a service road nearby.

“The vehicle appeared to have crashed through multiple road barricades, the engine was still running, and an infant was in the backseat, coming to a rest at a tree,” deputies said. “The Deputy had to break out a vehicle window to rescue the infant from the vehicle.”

During the search for Martinez’s car, Martinez, who had been handcuffed in a patrol cruiser, slipped the handcuffs and escaped the vehicle. Deputies again took her into custody and re-secured her.

At that point, Martinez asked about her second child. Deputies noted a second car seat had been in the vehicle and called for assistance from nearby fire departments to search for the second baby. About 60 personnel responded and engaged in a methodical search of the area. During the search, investigators got an address — the home Martinez and her children had recently moved into — and went to check there. They made a forced entry and found the second child, alone and uninjured.

Child Protective Services has taken custody of the twins.