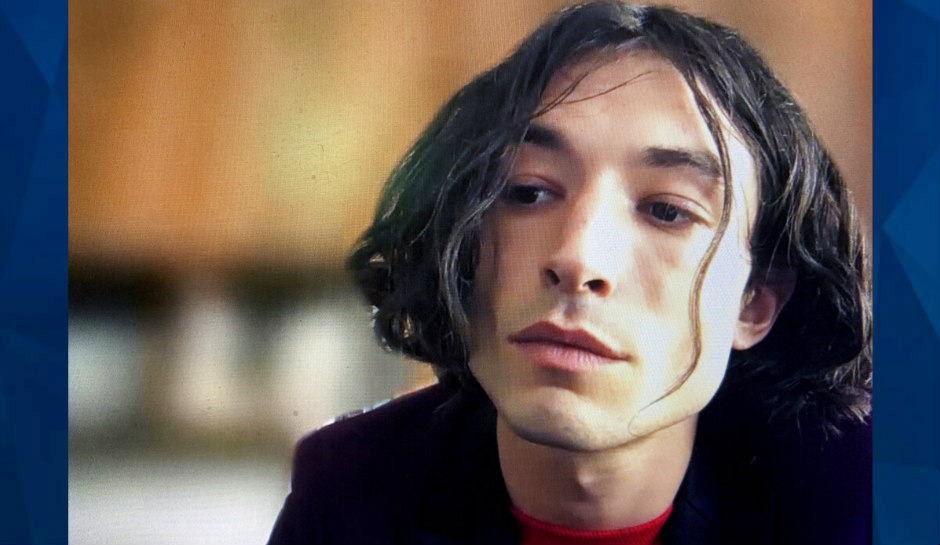 On Wednesday, a Massachusetts woman was granted a temporary harassment prevention order against actor Ezra Miller, after filing a restraining order on behalf of her 12-year-old child.

According to the Daily Beast, the child, the child’s mother, and a neighbor went to the Greenfield courthouse together. Photos, text messages, and other evidence have reportedly been filed with the case.

The outlet reports that Miller was at the victim’s house with a friend, who knew the family through a mutual band member. At some point on February 2, Miller, who identifies as nonbinary and uses they/them pronouns, allegedly snapped at the child’s mother for using the phrase “my tribe,” and accused her of cultural appropriation.

Later, an argument reportedly ensued again when Miller was questioned about claiming the board game Parcheesi had Rastafarian roots.

“At this point, Ezra explodes and started screaming directly into my face,” the visiting neighbor, who is half-Black, reportedly said. “They said, ‘You don’t even know what the fuck you’re talking about. What did you say to me? What did you just say to me?!’”

“I was very caught off-guard. Then they opened up their jacket—they had this, like, big Sherpa jacket—and they opened up one side of their jacket, you could see a gun, and they said, ‘Talking like that could get you into a really serious situation.’”

Miller is accused of then turning their attention to the child and allegedly telling the child’s mother that they possessed power over the victim, according to the Daily Beast.

“I’ve talked extensively with your child, and they have a lot of power to them. At one point, you’re going to realize that you don’t have any control over them anymore. They’re an elevated being, and they would be lucky to have someone like me guide them,” he reportedly said.

Miller is also accused of badgering the child, giving out unwarranted hugs and hips touching, and inviting the victim (who reportedly likes horses) to a horse farm in Vermont.

“They [Miller] automatically were just weirdly drawn to me and kept talking about how they love my outfit and love my style, and kept going on and on about how it was great,” the child reportedly said. “It was really uncomfortable. I was really nervous. I was scared to be around them after he’d yelled at my mother and she was crying.”

The latest legal trouble for Miller happened a week after the parents of an 18-year-old Nebraska asked the court to step in to help get their daughter away from Miller.

As CrimeOnline previously reported, the teen, identified as Tokata Iron Eyes, reportedly met Miller in 2016, when she was 12. According to Tokata’s parents, Miller became friends with Tokata after meeting her at the Standing Rock Reservation in North Dakota, while they visited the area.

Tokata’s parents allege that although the pair developed a friendship, Miller groomed their daughter by taking her to a movie studio and providing her with alcohol, LSD, and marijuana. Further, the parents alleged that Tokata had bruises on her body that were caused by Miller.

Tokata is reportedly aware of her parents’ allegations and maintains she is making her own choices and is not mentally unstable.

Miller has been in legal controversy several times this year. In March, they were arrested at a bar in Hawaii after allegedly becoming irritated when some bar patrons began singing karaoke. Miller allegedly started yelling obscenities and tried to yank the microphone away from a 23-year-old woman.

They also allegedly tried to snatch darts out of a bar patron’s hands.

Then, in April, Miller was arrested again in Hawaii after they allegedly threw a chair at a woman, leaving a gash on her forehead.

[Feature Photo: In this image taken from Hawaii State Judiciary video, Ezra Miller appears via Zoom for a court hearing on Tuesday, April 19, 2022, in Hilo, Hawaii. Miller, an actor known for playing the Flash in “Justice League” films, pleaded no contest to disorderly conduct stemming from an arrest last month at a Hawaii karaoke bar. (Hawaii State Judiciary via AP)]