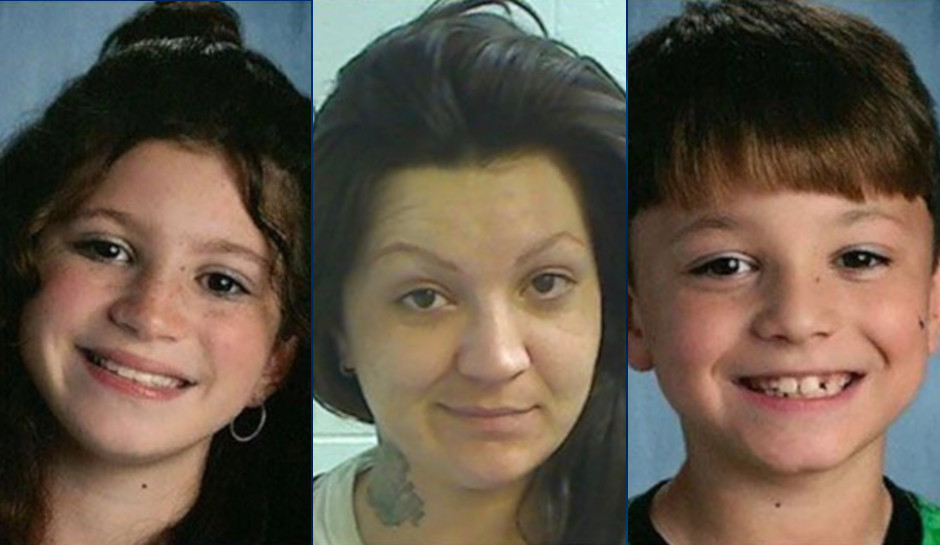 Update: Two children reported missing Friday morning were found safe later in the day in South Portland, Maine, according to WMTW. Their mother, who is believed to have abducted them from their custodial grandmother’s home, is in custody.

Police say they believe Kaileigh Nichols, 32, smuggled 11-year-old Alaina Wilson and 8-year-old Chance Wilson through a window from the Somersworth home of their grandmother, who has legal custody of the children.

Nichols was last seen driving a grey 2009 Honda Civic she took from a Maine relative. The car has a Maine veteran license plate, tag number 2827A7.Al

Nichols is described as 5 feet 1 inch tall and 125 pounds with brown hair and eyes.

Anyone with information should notify the Somersworth Police Department at 603-692-3131.