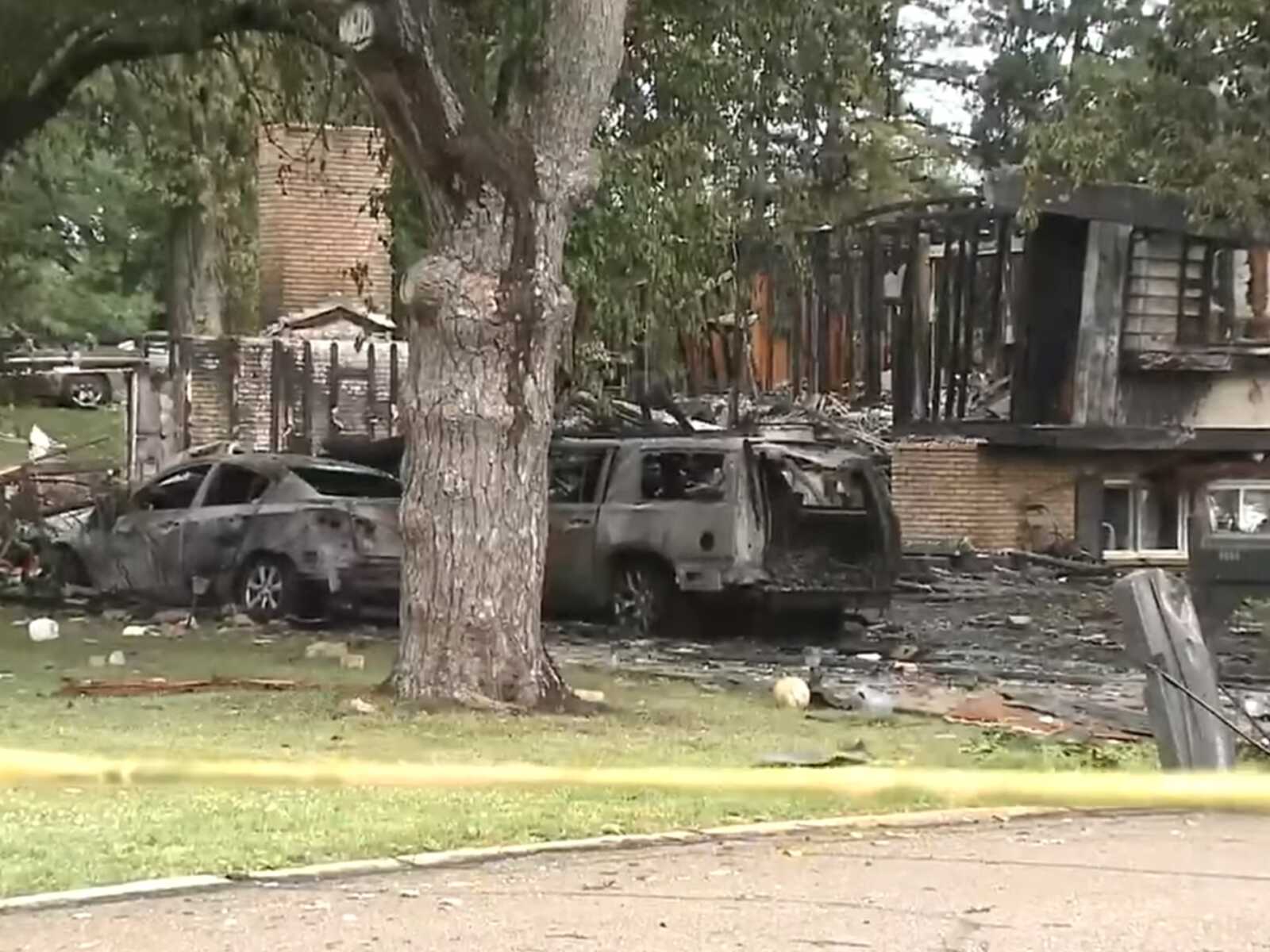 4 Dead, Including 3 Teens, in Explosion at Illegal Fireworks Assembly

Two St Louis men have been charged with murder after an explosion at a house killed a man and three teenagers as they were assembling black market fireworks.

Charging documents say that Terrell Cooks, 37, and Seneca Mahan, 43, provided the materials to assemble fireworks canisters at the home near Black Jack, according to the St Louis Post Dispatch.

The blast went off just before 1:30 a.m. on Friday, officials said, leveling the garage where the work took place and destroying the brick home where four families lived. The Post Dispatch said that the explosion blew out the windows at some nearby homes and debris fell into the street more than a block away.

Travell Eason, 16; Christopher Jones, 17; Damario Cooks, 18; and William Jones, 21, were all killed in the explosion. It’s unknown how many people were injured, but a 12-year-old boy was known to have been hurt.

According to court records, Terrell Cooks was not present when the blast took place. Witnesses, however, told police that he was one of the “leaders of the manufacturing process.”

Federal agents observed Cooks moving boxes of chemicals to his vehicle later on Friday and found “large quantities of completed explosive weapons and components to manufacture them” during searches of a home and vehicles connected to him.

The Post Dispatch said court records indicated that Cooks told police he and Mahan manufactured “ground salutes,” which launch from the ground with a loud bang and bright flash. He reportedly told the teens how to load the canisters and attach a fuse. And, the documents say, he admitted that the fireworks contained a charge “far in excess” of Missouri’s legal limits.

Cooks and Mahan made the fireworks to sell to a third party, although neither had a license to manufacture or sell fireworks.

The scene in the aftermath of the explosion was one of pure chaos, neighbors said.

“The fire was so big. The house is on fire, there’s people running everywhere, kids … “ said Nichole Thomas, who lived next door. “There was one little boy, I didn’t know if he lived there or not, but he just kind of darted across. I said, ‘Honey, come here.’”

The boy, who appeared to be about 6 or 7 years old, glanced at Thomas and kept running.

The first responders to arrive on scene found one person dead in the yard, another person with deep cuts and possibly an amputation near where the garage had stood. At least three people who “were blown from the blast area” were taken to hospitals, said Black Jack Fire Protection District Chief Ankeneth Corbin. One of those, Christopher Jones, died later on Friday. And later on Friday, investigators found another body in the rubble.

Cooks and Mahan were initially charged with three counts of second-degree murder, two counts of endangering the welfare of a child, and two counts of unlawful possession of an illegal weapon. The charges were filed before the fourth victim died, and prosecutors said the charges would be amended to include a fourth count of murder.