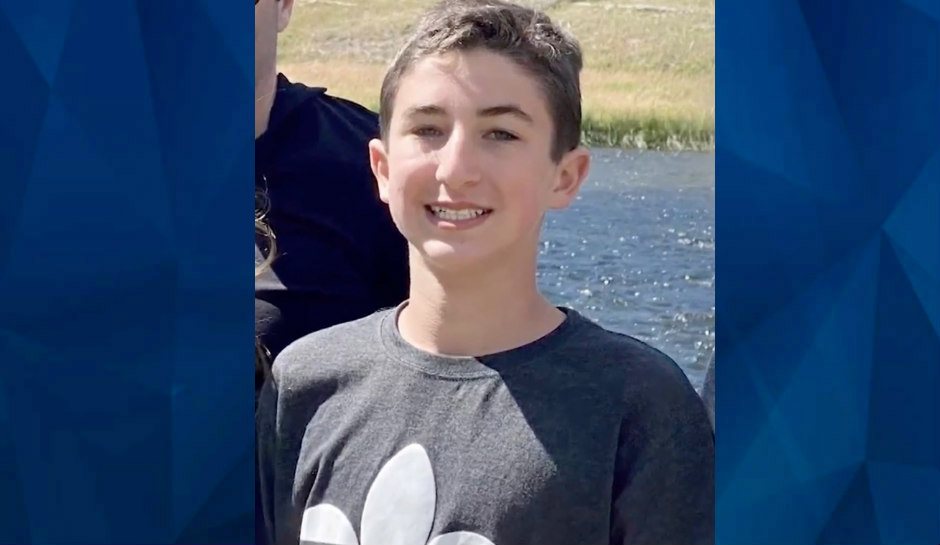 The parents of a Chicago teen who committed suicide allege that officials and staff of his elite private school ignored and even participated in relentless bullying against their son, WBBM-TV reports.In January, 15-year-old Nate Bronstein hanged himself in a bathroom at his family’s Illinois home, according to WLS-TV.Now, Bronstein’s parents are suing the school and have issued a warning about its principal, who is slated to take a new job at a private school in New York.The legal action by the parents, Rosellene and Robert Bronstein, seeks $100 million from the Latin School of Chicago, where Nate had transferred so he could receive in-person learning during the pandemic.“But from his first days at Latin until his last, N.B. was subjected to persistent and increasingly cruel forms of bullying, cyberbullying, hate speech and other harassment that caused him severe anxiety and depression,” the complaint reads. “N.B. had been tormented on a regular basis by students at his high school.”The suit alleges a “willful failure by teachers and officials at Latin to take any action to remedy the horrific treatment that N.B. had endured prior to his death despite being aware and/or having every reason to be aware of what he was enduring through numerous complaints by both N.B. and his mother, Mrs. Bronstein, to Latin administrators,” according to the complaint.The Bronsteins say the school failed to tell them that Nate had asked to meet with the dean of students in December to report that he was being bullied by multiple peers through text messages and on Snapchat, according to WBBM-TV.One message encouraged Nate to commit suicide, while another message used language that is widely understood as a death threat.The dean of students reportedly listened to Nate’s concerns but did not take any action, WBBM-TV reports.One month later, Nate was dead.“If the dean had reached out to us the day our son had a meeting with her to report the cyberbullying attacks, he would still be here today,” Rosellene Bronstein told WFLD-TV. “He was just very kind. He always checked on me and hugged me. He was a wonderful son.”Nate was also bullied because of a false rumor that he was not vaccinated, and the lawsuit further alleges that one of Nate’s teachers harassed him and told him that he was “going nowhere in life,” the complaint states.

Nate’s parents were not informed of the bullying allegations until after he died. The lawsuit alleges that in failing to notify the parents of the alleged bullying, the school violated a state anti-bullying law, Illinois General Assembly Public Act 098-0669, which requires reporting of such incidents to parents.The Bronsteins have pledged to donate any money they recover from the litigation to anti-bullying and anti-suicide efforts.“You can’t allow this to go on, because it’s going to happen to another child,” Robert Bronstein told the television station.In a statement to WBBM-TV, the Latin School disputes the lawsuit’s claims.“Our school community deeply grieves the tragic and untimely passing of one its students. It is a loss that impacts our whole community. Our hearts go out to the family, and we wish them healing and peace,” the school’s statement reads, according to WBBM-TV.

“With respect to their lawsuit, however, the allegations of wrongdoing by the school officials are inaccurate and misplaced. The school’s faculty and staff are compassionate people who put students’ interests first, as they did in this instance. While we are not, at this time, going to comment on any specific allegation in this difficult matter, the school will vigorously defend itself, its faculty and its staff against these unfounded claims.”One of the defendants named in the suit is Latin principal Randall Dunn, who the Bronsteins allege withheld information and knowingly lied to them, according to the complaint.Dunn is slated to leave Chicago for a new job at the Rye Country Day School in Westchester, New York, a move that the Bronsteins say is troubling.“Dunn does not care about students. He cares about himself and his career,” Rosellene Bronstein told the New York Post.In a statement to the Post, the Rye Country Day School said Dunn had disclosed Nate’s suicide and that the school’s Board of Trustees has not found any evidence that Dunn acted improperly.“Student safety is of paramount importance to the RCDS Board of Trustees, which is comprised almost entirely of current parents. A committee of trustees has been scrutinizing the details of this tragic case and has not found evidence that would support the aggressive claims against Mr. Dunn or that would raise safety concerns for the RCDS community,” the school told the Post. “Mr. Dunn has an exemplary, 30-year track record as a compassionate and ethical educator, and we look forward to him joining RCDS.”Dunn’s salary at the Latin School for the 2019-2020 school year was $750,000. It is likely he will make more than $1 million in New York.In a statement to the Post, a representative for Dunn said the allegations in the lawsuit and by the Bronsteins are “completely false and unfounded.”“The loss of a child is an unspeakable tragedy and Mr. Dunn’s heart goes out to the Bronstein family. While it is understandable that grieving parents would look to assign blame, that blame is misplaced and the allegations of wrongdoing the Bronsteins have made against Mr. Dunn are completely false and unfounded,” the representative said, according to the Post.If you or someone you know is experiencing thoughts of self-harm or a mental health crisis, call the National Suicide Prevention Hotline at 1-800-273-8255 or visit SuicidePreventionLifeline.org.