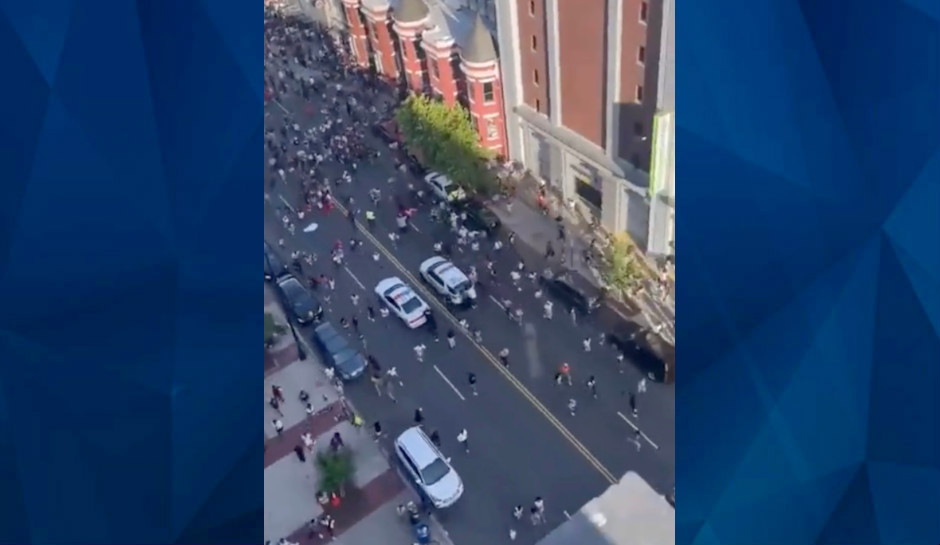 A shooting at an “unpermitted” Juneteenth event in Washington, D.C., on Sunday left a teen dead and three people, including a police officer and another teen, wounded.

D.C. Police Chief Robert J. Contee III said at a news briefing that the gunfire broke out around 8:30 p.m. at an advocacy and music festival dubbed “Moechella.”

The concert had been scheduled to run from 4 p.m. to 8 p.m. in a historically Black neighborhood on U Street in the District.

Contee said police moved in to break up the event after two “incidents,” one of which may have included gunshots. Police confiscated a weapon at that time, but the shooting that killed the 15-year-old and wounded three others took place after that, he said, according to the Washington Post.

The preliminary investigation indicates that all four victims were shot with the same gun, Contee said, but so far investigators have seen no evidence that they were targeted.

Also, he said, no police officers fired their weapons and there was no evidence of any kind of shootout between a suspect and any of the victims, although a weapon was recovered from one of the victims, USA Today said.

“We certainly want to make sure people are held accountable when they hold unpermitted events in our city,” Contee said Sunday night. “This is one of the reasons why.”

Police have not identified any of the victims or named a suspect. The three wounded victims are expected to recover.