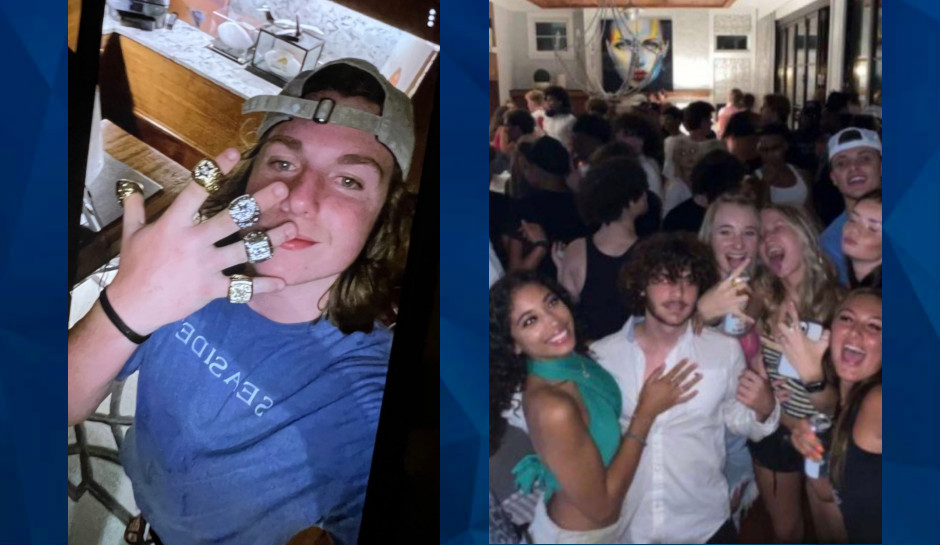 ‘Kids’ Break Into $8 Million House for Wild Weekend Party, Post It All Online

Florida sheriff’s deputies have their faces, now they’re just looking for names to attach to as many as 200 people — mostly teens — who broke into an $8 million house over the weekend and threw a wild party.

They staged boxing matches in the Walton County home’s foyer, tried on clothes and jewelry, and drank from the resident’s liquor cabinets. They trashed the place and stole a number of items.

And they posted videos and photos on social media, where they’d advertised the party for a week before it actually took place.

The Walton County Sheriff’s Office posted a number of those images and video on its Facebook page, asking anyone who was there to “come clean.”

The sheriff’s office said it was called to the pricey home in Watercolor early Saturday morning on a noise complaint. By the time they arrived, most of the partiers had fled the scene.

“An open house party is illegal, it’s already against the law, but breaking into a house to have an open house party is burglary,” Walton County Sheriff’s Office PIO Corey Dobridnia told WJHG. “There is a chance that some of the kids didn’t know that the house wasn’t being rented, etc. but the amount of destruction and the amount of items stolen out of the house would lead me to believe that even if you did think you had permission to be there, you knew you were doing things that is against the law.”

The house is for sale, according to Zillow.

Its year-round owners told WJHG that they left town on June 15 with plans to return on Sunday. They declined to appear on camera but said the party was a complete invasion of privacy.

“It’s not even so much about the items at this point, about what was stolen, or what was destroyed, it’s about people going into your closet and trying on your clothes, and people being in your bathroom, in your bed, all of that,” said Dobridnia.

Investigators are not only looking into who was at the party but also how the partiers knew the owners were going out of town.

“We just need to give some peace back to the family and figure out what happened and where this information came from. I would encourage the kids who were there to come forward now,” said Dobridnia.

She said investigators would be sending out subpoenas for social media records if needed.