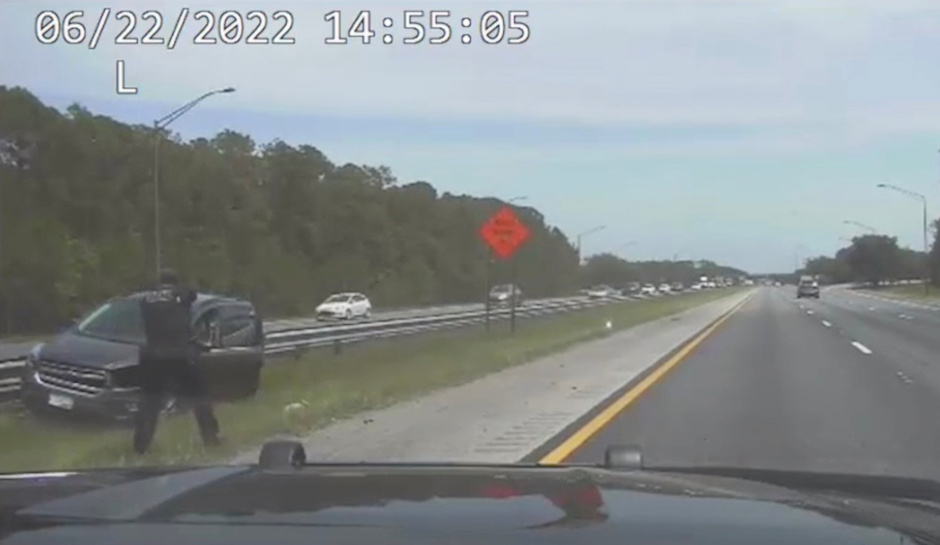 Florida state troopers this week arrested a 16-year-old boy from Virginia who drove into the the state after threatening an Orlando detective who was investigating him for an alleged inappropriate relationship with a 13-year-old girl.

After that, Orlando police said, the boy called the department’s community center making threats and left a voicemail threatening to kill a detective who was investigating the case“God has commanded me to kill. I will end your life. Could be within a week. Could be several years,” the teen said in a voicemail message to Orlando police.according to WOFL.

“God has commanded me to kill. I will end your life. Could be within a week. Could be several years,” the teen said in a voicemail message to Orlando police, WESH reported.

Orlando police again called their Virginia counterparts, who learned that the boy had taken his father’s SUV, withdrawn money from the bank, and was driving to Orlando.

“His intent was to find the 13-year-old. He knew where she lived. He mentioned if her parents got in the way that he would harm them,” said Orlando Police Chief Orlando Rolón.

“His intent was to also harm our detective then take the 13-year-old. Very, very disturbing and articulate about how he was going to go about doing this,” Rolón said at Thursday’s news conference.

A state trooper spotted the stolen Ford Escape on Wednesday in St John’s County, about two hours north of Orlando. After a chase at speeds approaching 100 mph, the troopers spun the teen’s vehicle out and arrested him. He was booked on a charge of attempted murder of a law enforcement officer.

“He stole a vehicle. He started driving down here. He had his intentions very clear what he intended to do. Those actions, we don’t have to wait until someone actually kills somebody before we can file that charge,” Orlando Police Lt. Frank Chisari said.

Authorities said other charges are pending.