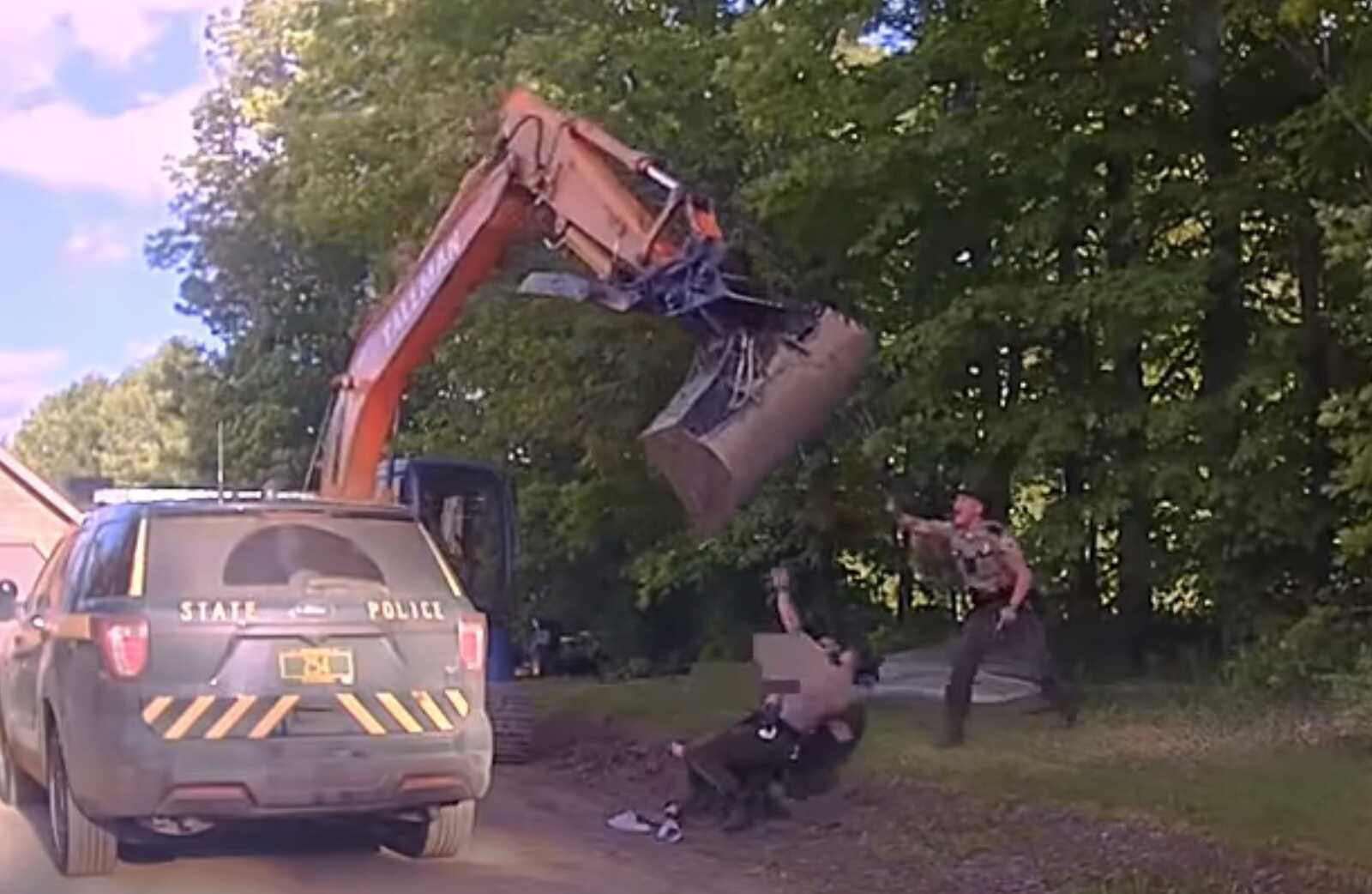 Vermont State troopers last week ran into an unusual situation when they went to arrest a suspect for an assault and burglary: The suspect’s father came at them with a construction excavator.

State police said that both parents intervened in an attempt to prevent the arrest of their son. Dash cam video from one of the two troopers shows them taking down the mother and the suspect while the father swings the excavator bucket at them menacingly.

The troopers were unharmed, state police said, and were ultimately able to arrest everyone with no injuries.

“They don’t have a scenario at the academy where we practice this one,” a commander said later.