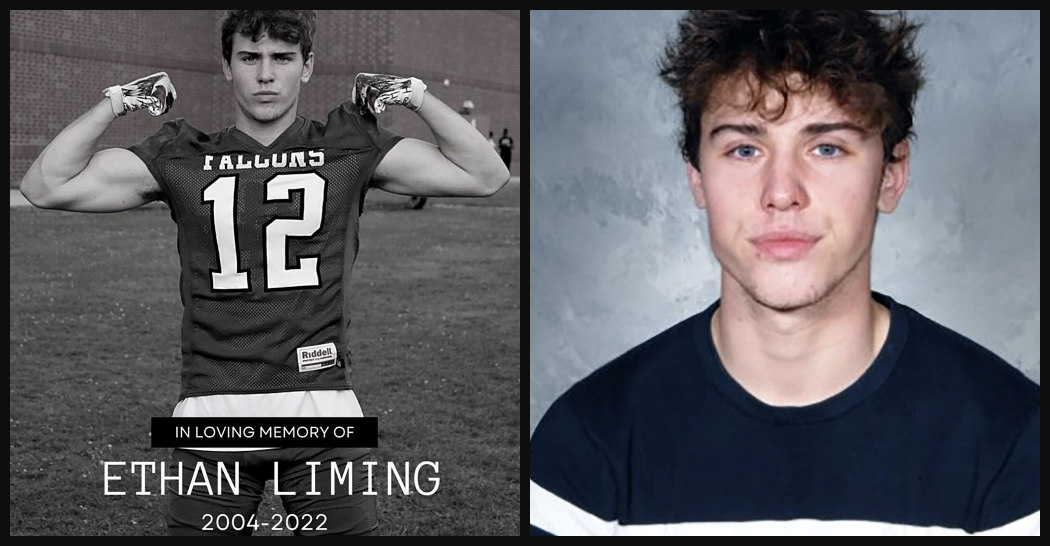 A preliminary autopsy report for an Ohio teen who was found lying unresponsive on his back in a school parking lot states that Ethan Liming had been beaten so badly that footprints were found on his chest wall.

According to the report, provided by the Summit County Medical Examiner, 17-year-old Ethan died of blunt force trauma to the head after an altercation on June 2, when he and several friends began shooting a water gel gun at people playing basketball near the I Promise School in Akron.

As CrimeOnline previously reported, the men playing basketball then allegedly began assaulting Liming’s group, prompting one of his friends to call for help at 10:42 p.m.

“We’re at the I Promise school in Akron, Ohio,” the caller told a 911 dispatcher. “Our friend just got knocked out. We don’t know what to do.”

Ethan ultimately passed away from his injuries.

The Akron Beacon Journal reports that the autopsy also indicated that Ethan had a black eye, a broken occipital bone, and a head laceration. The preliminary autopsy report also stated that a smashed cellphone was found by Ethan’s body.

A final autopsy report is underway but could take several weeks.

What Happened to Ethan?

During a bail hearing earlier this month, Stafford’s lawyer, Jonathan Sinn, said his client and family members were playing basketball when a car pulled up and someone pointed at them what Stafford thought was an automatic weapon. Stafford said he ran, but when he realized there wasn’t an automatic weapon, he stopped and confronted Ethan, who was holding a SplatRBall gun.

Sinn added said that the defendants took the SplatRBall gun away from the victim, and stopped a car to prevent them from leaving before the cops arrived.

According to Sinn, the defendants were not trying to stop the car to prevent Liming from going to the hospital, as reportedly alleged.

“My understanding is it wasn’t moved in an effort to try and prevent anyone from getting help,” Sinn said.

“It was more of a situation of, ‘You guys are going to stay here. You guys are gonna stay here until the cops come, you’re going to have to explain the situation.’ So they didn’t want the other boys taking off because they really felt they were in the right.”

Sinn said his client was at a community court playing basketball when a vehicle full of teens from “outside” of the neighborhood drove up and fired gel pellet guns.

“People are going to say what they are going to say,” Liming’s father, Bill Liming, said in a statement, adding that he was “confident that when the facts of the case are presented in court, Ethan will get justice.”

Bill told the Akron Beacon Journal that his son had gotten out of the car to explain to the defendants that they were simply playing a prank.