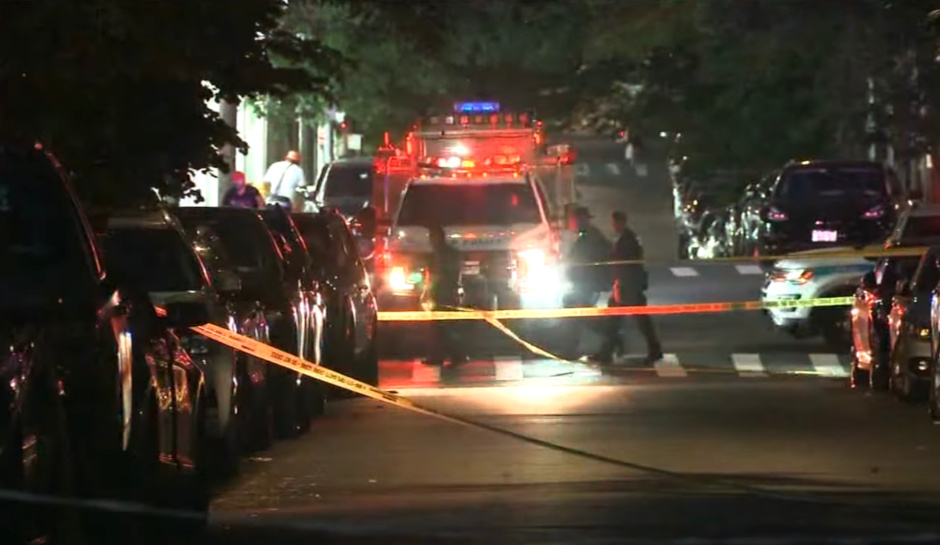 A 20-year-old mother pushing her 3-month-old baby in a stroller was shot dead by a black-clad gunman Wednesday night on Manhattan’s Upper East Side.

Police officials said they were looking into whether gunman might have had a relationship with the woman, who has not yet been named, or if he might even have been the child’s father, WNBC reported.

Police officers responded to 911 calls about a gunshot at about 8:30 p.m. found the woman unconscious near Lexington Avenue and East 95th Street. She was taken to a hospital, where she was pronounced dead.

Sources said the gunman came up behind the woman and shot her once in the head at close range. He was last seen running east on East 95th, according to police, who said they found a single shell casing on the scene.

A 10-year-old witnessed the incident and told WABC there “just one” gunshot.

“I just heard a huge noise. It was just one, but it was extremely loud, like, ‘Boom!'” the child said. “I seen a lot of people running, and then I saw a few people. Like, I saw a woman down there, she fell. And at first I thought, ‘Is she ok?’ And then I saw people calling 911 and cops pull up.”

New York Mayor Eric Adams, who earlier in the day announced a crackdown on “ghost” guns with state Attorney General Letitia James and then spoke with US Senator Kirsten Gillibrand about gun trafficking, appeared at the last Wednesday news conference.

“This entire day we have been addressing the problem of overproliferation of guns on our street, how readily accessible they are and how there is just no fear in using these guns on innocent New Yorkers,” he said. “This is the result of that.”

“When a mother is pushing a baby carriage down the block and is shot at point blank range, it shows just how this national problem is impacting families,” Adams said. “We are going to find this person that is guilty of this horrific crime. We are going to find him and bring him to justice.”