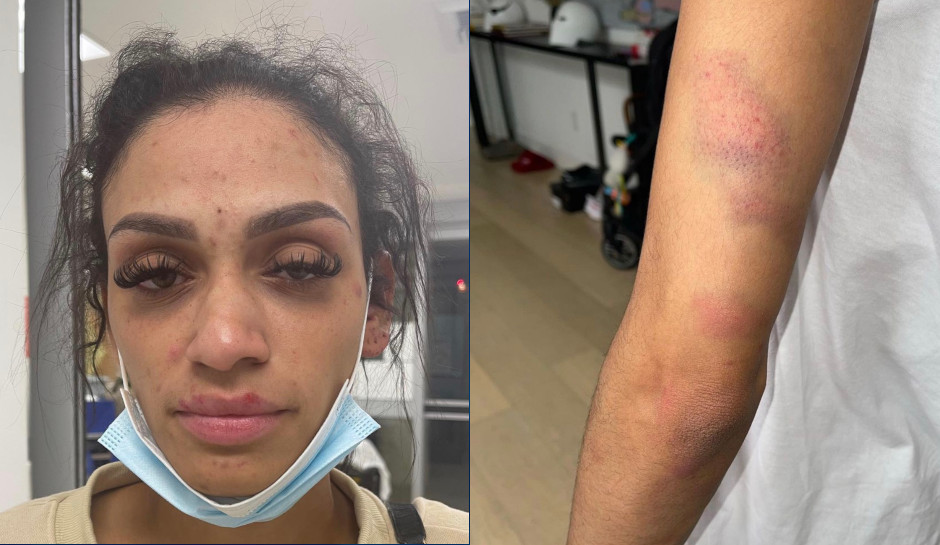 NBA star Myles Bridges was booked and released on domestic violence charges on Wednesday — and now the mother of his children has posted photos she says show the results of that violent incident.

Mychelle Johnson, who wasn’t named in the initial reports of the incident, posted the photos on Instagram on Thursday, writing that she “can’t be silent any longer.”

According to TMZ, which broke the story of Bridges’ arrest and Johnson’s Instagram post, Johnson posted photos of marks and bruises on her face, arms, hands, wrists, back, legs, and neck.

Johnson also posted a photo of a hospital release form dated June 28 saying that she was the “Adult victim of abuse by male partner; Assault by strangulation; Concussion; Closed fracture of nasal bone; Contusion of rib; Multiple bruises; Strain of neck muscle.”

In her post, Johnson accused “the people around” Bridges (although she did not mention Bridges’s name) of trying to silence her and lying to protect him and wrote that she was choked to unconsciousness.

“I don’t need sympathy,” she wrote. “I just don’t want this happening to anyone else, I just want this person to get help, my kids deserve better.”

Bridges has not spoken about the allegations, according to TMZ, which said he showed up Thursday at a workout.

Bridges’s team, the Charlotte Hornets, released a statement saying there were aware of the situation and gathering information.