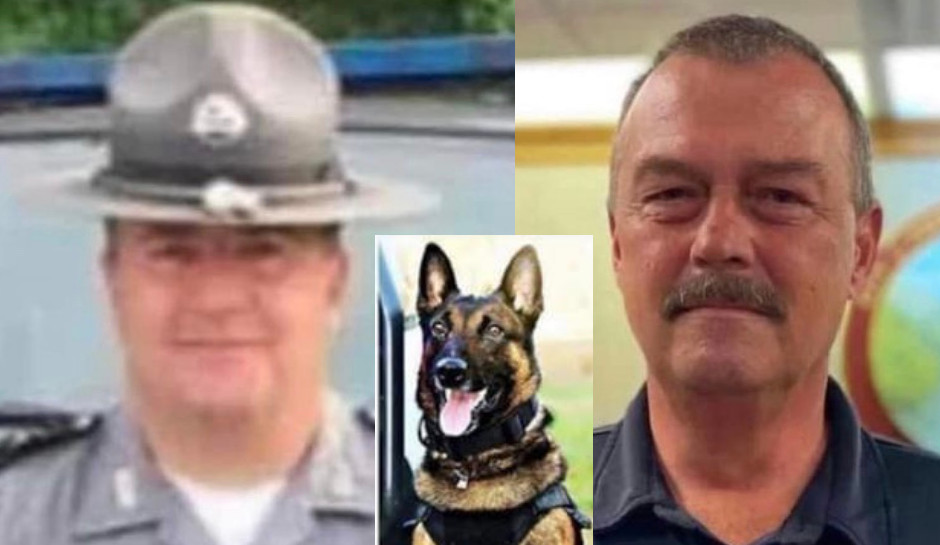 Kentucky State Police said three wounded police officers remain hospitalized, one in critical condition and two in stable condition. Another officer was treated and released, and a civilian emergency management official was receiving treatment at a hospital. A police dog, K-9 Drago, was also killed.

Late Thursday night, authorities arrested Lance Storz, 49, who had previously been wanted on a charge related to domestic violence. He was arraigned Friday morning, when he pleaded not guilty to two counts of murder of a police officer and was jailed in nearby Pike County on a $10 million bond, WKYT said. He faces several other charges as well.

Floyd County Sheriff John Hunt said Friday afternoon that Storz began shooting with a rifle at police officers who arrived at his home in Allen, firing off multiple rounds and holding officers at bay for several hours.

Responding officers arrived to “pure hell,” Hunt said, adding that “They had no chance.”

Floyd County Attorney Keith Bartley arrived on the scene and told WKYT it was “a war zone” with “bullets raining down on us.”

Storz finally surrendered after police included family members in negotiations. He was not booked into jail until 5 a.m.