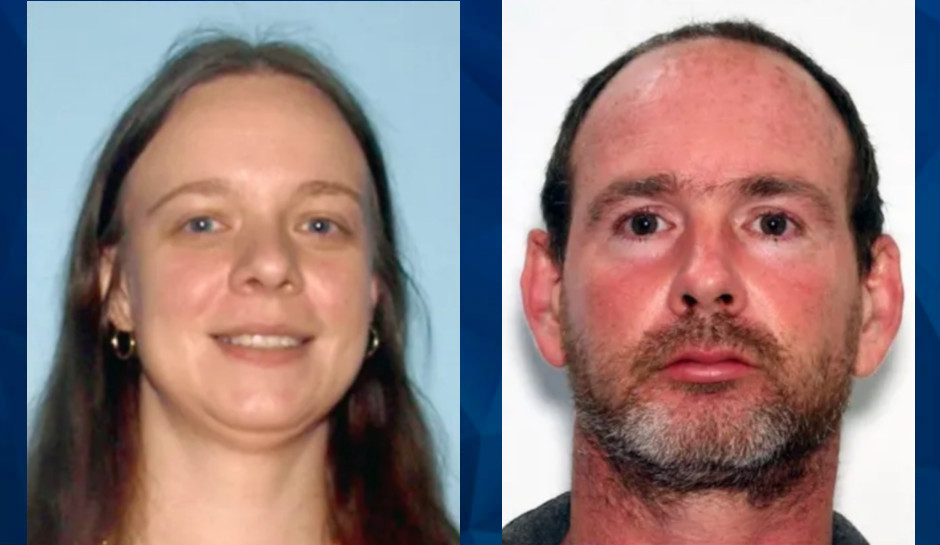 William and Carina McCue disappeared after they were charged with cruelty to children. Their 15-year-old son was charged with intentionally setting the fire that killed his sister Zoe.

Georgia parents who have been on the run since their 10-year-old daughter died in a house fire in April were found living on the Appalachian Trial this week and arrested.

The 15-year-old son of William Linn McCue, 47, and Carina Wisniewski McCue, 38, was previously charged with arson, malice murder, and felony murder in the death of his sister, Zoe McCue, on Easter Sunday, as CrimeOnline previously reported.

Zoe was found in a windowless room in a bathtub made up to serve as a bed after firefighters had put out the blaze at the family’s Loganville home.

Gwinnett County police later charged the McCues with first and second degree cruelty to children and false imprisonment after investigators learned that the McCue children were frequently locked inside their home for long periods of time and hadn’t been to school in years. The home had no working plumbing, and the family used improvised camping-style buckets and the non-usable toilets for elimination. Showers and bathtubs didn’t work either, and the kitchen sink had been replumbed to send water into a bucket on the floor.

The couple’s surviving children were taken into protective custody.

The McCues vanished after the warrant for their arrest was issued, launching a 2 1/2 month manhunt that ended this week when deputies found them on the Appalachian Trail in White County near Helen, Georgia, according to NowHabersham.com. Investigators declined to provide more information about the arrest except to say the McCues have been brought back to Gwinnett County and are being held without bond.