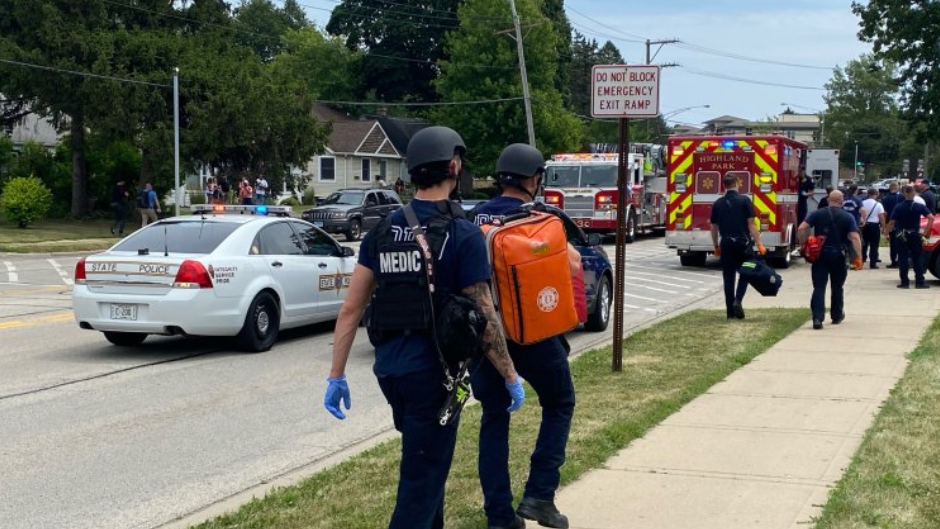 A live feed is available for viewing below:

A shooting at a Fourth of July parade in Illinois has left five people dead and sixteen injured, according to emerging reports.

The reported shooting occurred in Highland Park, a suburb of Chicago. The Chicago Sun-Times has reported that the shooting unfolded 10 minutes after the parade started.

The shooter remains unaccounted for and police have instructed residents in the area to “shelter in place,” according to the Chicago Tribune.

“The Illinois State Police is currently assisting Highland Park PD with an active shooter situation that occurred at the Highland Park Parade,” police tweeted. “The public is advised to avoid the area of Central Ave and 2nd St. in Highland Park.”