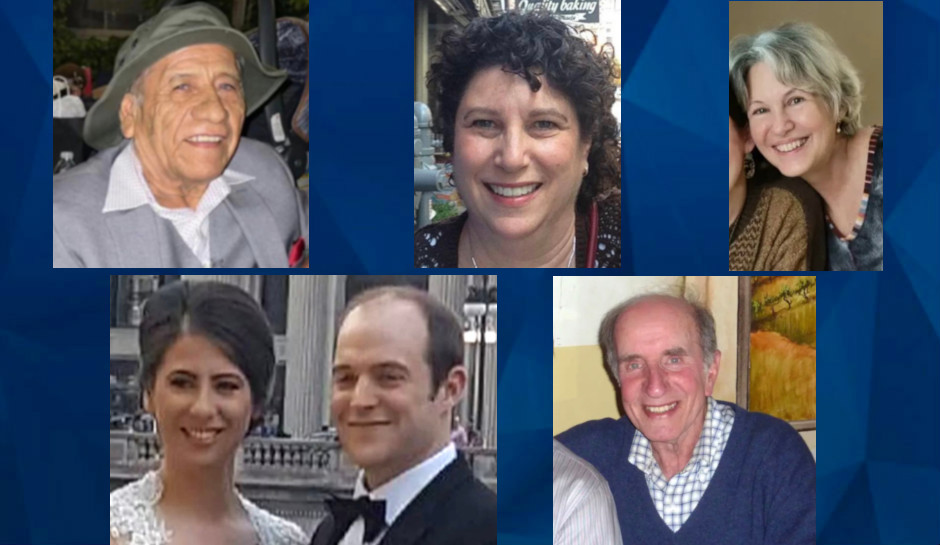 Seven people were killed and dozens wounded when a wannabe white rapper opened fire from a rooftop on a Fourth of July parade in the affluent Chicago suburb of Highland Park. In all, the victims ranged in age from 8 to 85. Here’s what we know so far about the slain victims:

Sundheim, 63, was the events coordinator at North Shore Congregation Israel, a synagogue where’s she’d been a lifelong member, her nephew Luke Sundheim told NBC News. She was also a former pre-school teacher.

Toledo-Zaragoza, 76, had recently moved from Mexico to be with family in Highland Park. One of his granddaughters, Xochil Toledo, told the New York Times that he hadn’t wanted to go to watch the parade, but his disabilities meant he had to be in the company of someone at all times.

Irina McCarthy, 35, and Kevin McCarthy, 37, were the parents of 2-year-old Aiden McCarthy, who was rescued from beneath his father’s fatally wounded body by a couple passing by, according to the New York Times. The boy has since been reunited with his grandparents.

Goldstein, 64, was an avid bird-watcher, her husband, hospital physician Craig Goldstein told the Times. She took her eldest daughter to the parade to reunited with high school friends.

Strauss, 88, was a financial advisor who still took the train every day to work in downtown Chicago and regularly biked and walked in Highland Park, family members told The New York Post.

Uvaldo, 69, died Wednesday morning at Evanston Hospital, the Chicago Tribune said. His wife and grandson were among the wounded. His wife, four daughters, and 16 grandchildren surrounded him when he took his last breath. Uvaldo was originally from Nuevo Leon, Mexico, and his family had been attending the Highland Park parade for years.