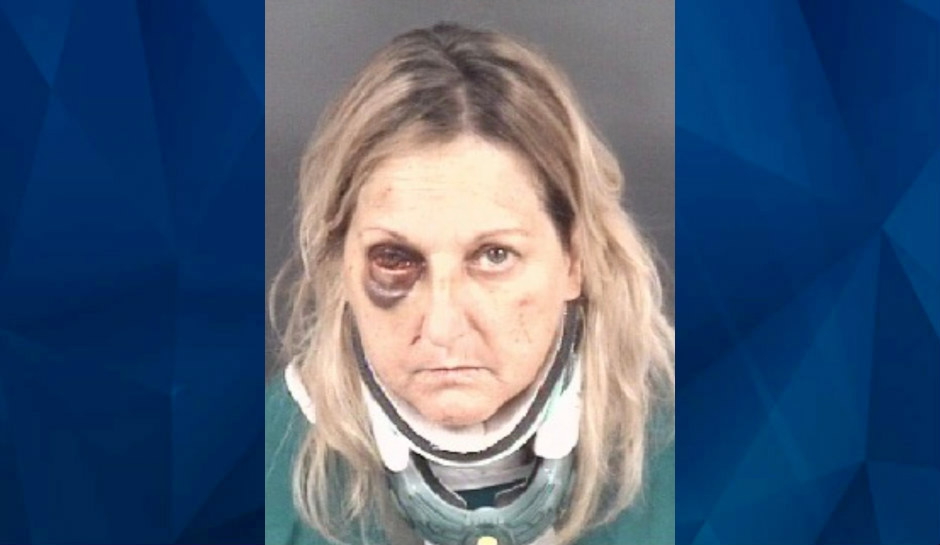 North Carolina detectives have arrested a Florida woman they say shoved a man for whom she is a caretaker out of her car while traveling 60 miles per hour.

Arlene Mary Bonitz, 57, also stabbed the victim several times with a Sharpie, according to the Cumberland County Sheriff’s Office.

The incident took place on June 26 as Bonitz was driving south on Interstate 95 near Godwin. The sheriff’s office said Bonitz provides care for the man because of cognitive issues.

The victim, who was not named, suffered a broken pelvis and road rash on his face, hands, and legs. Bonitz drove on several miles on the highway before she was involved in a single car crash.

Bonitz and the victim were taken to a medical center for treatment.

Bonitz was charged with assault with a deadly weapon with intent to kill, along with reckless driving, hit and run with property damage, operating a vehicle on a suspended license, and failing to maintain lane control. She remains jailed on a $75,000 bond, according to jail records.